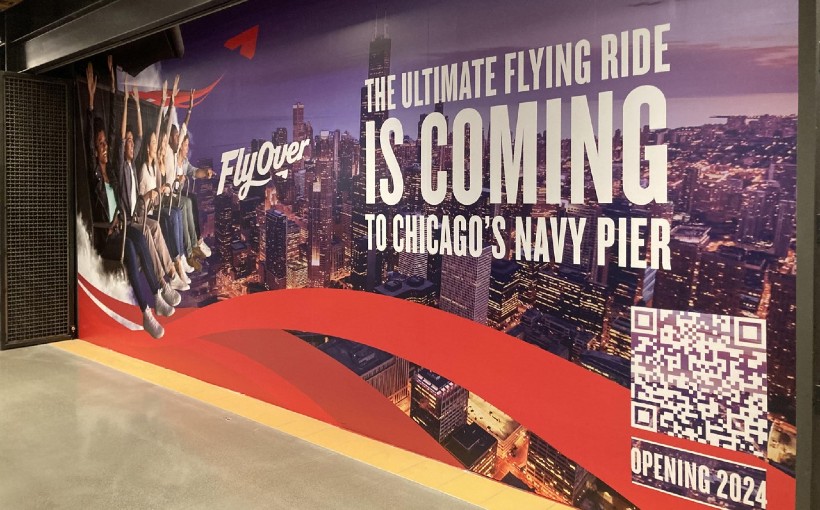 McHugh Construction has begun construction of the 48,000-square-foot space that will house FlyOver, a new flight ride attraction at Chicago’s historic Navy Pier. FlyOver, from global attractions and hospitality company Pursuit, will be the first ride of its kind in Chicago.

Expected to open in spring 2024, FlyOver replaces Navy Pier’s longtime IMAX theater, located near the Centennial Wheel on the west end of the pier. McHugh began demolition of the existing space in June 2022 in preparation for building out the 60-foot-high, 80-foot-wide space.

Pursuit initially hired McHugh to perform a feasibility study for the demolition of the IMAX Theater as well as the construction of the new immersive attraction. Following the study, Pursuit signed a lease for the space, selected Chicago-based Epstein as the architect, and hired McHugh as the project’s construction manager.