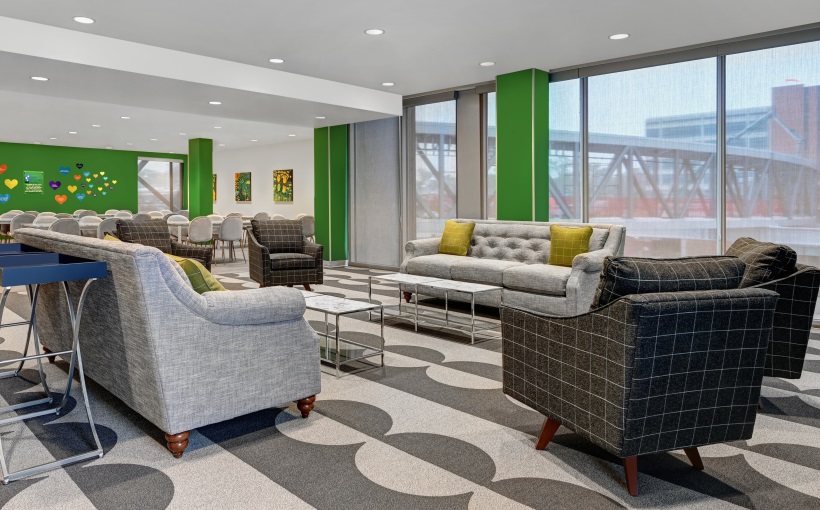 First Ronald McDonald House in a Hotel Opens in Albuquerque

The first-ever Ronald McDonald House designed and built for a hotel has officially opened at the Marriott Springhill Suites at The Highlands, adjacent to Presbyterian Hospital in downtown Albuquerque.

The floor is dedicated to the nonprofit and customized to meet the needs of families staying with often seriously ill children undergoing treatment at area hospitals. The new 19,000-square-foot space features 20 guest rooms.

“While it may not be able to make the medicine taste better or erase the discomfort of a much-needed treatment, Highlands House will lessen the financial, emotional and physical burden for the families during a very difficult time in their lives,” said Jessica Wright, chief executive officer of RMHC-NM.

Highlands House is among the first projects to be developed as part of the planned $120 million mixed-use Highlands development, spanning five blocks and 12 acres in a previously blighted area in Albuquerque. Titan and MDG first envisioned The Highlands project 15 years ago, and after several years navigating approvals and upgrading the site’s infrastructure, a formal plan was presented in 2015 to revitalize the community.