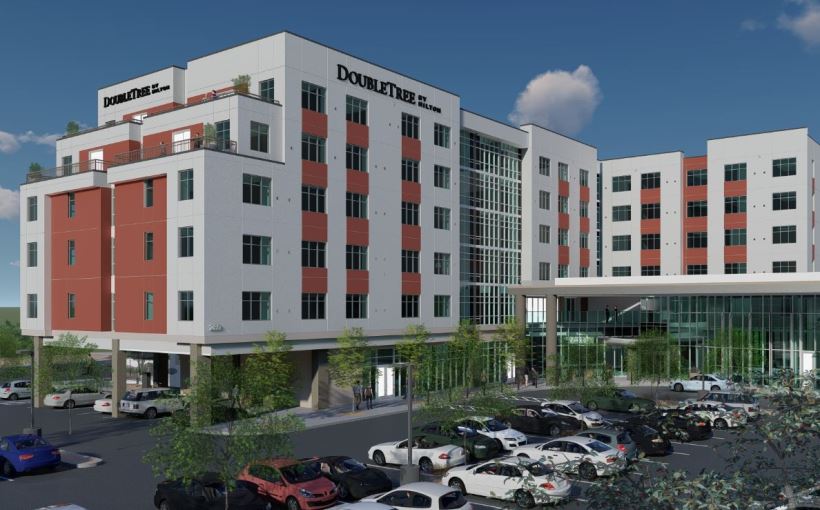 The first and only hotel connected to the Tucson Convention Center, DoubleTree by Hilton Tucson Downtown, opened its doors this week, according to CaliberCos Inc. and Ryan Companies US Inc. The project broke ground in May 2019 and was the first Opportunity Zone project in Arizona for Caliber and Ryan Companies.

This new hotel supports Tucson’s downtown re-visioning plan and will help accommodate growing visitor demand. The convention center hotel in the Rio Nuevo District is projected to generate an average annual economic impact of $12.1 million or a total of $302.4 million during the next 25 years. The 104,316-square-foot hotel includes 170 rooms, four suites and one executive suite.

“At Ryan Companies, we strive to create places for people to thrive,” said Chuck Carefoot, Ryan Companies senior vice president of construction. “We’re honored to take part in the revitalization of downtown Tucson and the opening of this hotel marks an exciting milestone for the city.”