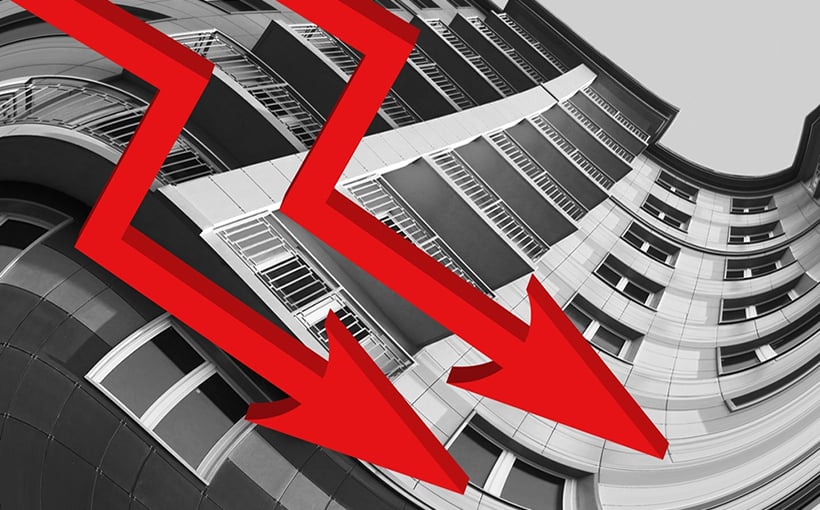 Beginning in the mid-2010s, multifamily morphed into the darling of commercial real estate investors. That hasn’t changed much. Within the past couple of years, declining cap rates combined with stellar rent growth and outsized demand have continued driving multifamily property values.

But that trend could be in danger. A recent article written by Moody’s Analytics economists Kevin Fagan and Xiaodi Li injects note of caution. Between the Federal Reserve’s continued Effective Federal Fund Rate hikes and resulting interest rate increases, multifamily is in danger of a decline in value. Also at risk? Multifamily cap rate spreads.

The Moody’s analysts pointed out that the spread between cap rates and loan interest rates for the multifamily sector were 0.76% in Q3 2022. While the analysts allowed that this very tight spread might be “shocking,” it isn’t unprecedented. From 1979-1992, commercial mortgage cap rates fell below loan interest rates.

The Federal Reserve won’t suddenly stop increasing the EFFR until inflation is back into manageable territory. This will continue to boost the cost of capital, meaning lower buyer bids and higher yields for multifamily properties.

Another question that Fagan and Li raised was how a tight cap rate spread might impact multifamily investors in an era of rate hikes. In a hypothetical situation, the economists assumed a multifamily cap rate of 5%. Assuming an investor wanted to exit the property in five years, and the cap rate increases from 5% to 6.5%, the average annual rent growth needs to exceed 5.4%. “Though annual growth rates were 8.2% for multifamily from Q3 2021 to Q3 2022, a sustained average growth rate is well above any historical precedent,” said Fagan and Li.

The economists noted that compared to equities, multifamily prices and values are relative stable at this point. However, “tight cap rate spreads and rising interest rates are warning signs,” they said. “We’ll keep a close eye on the numbers.”