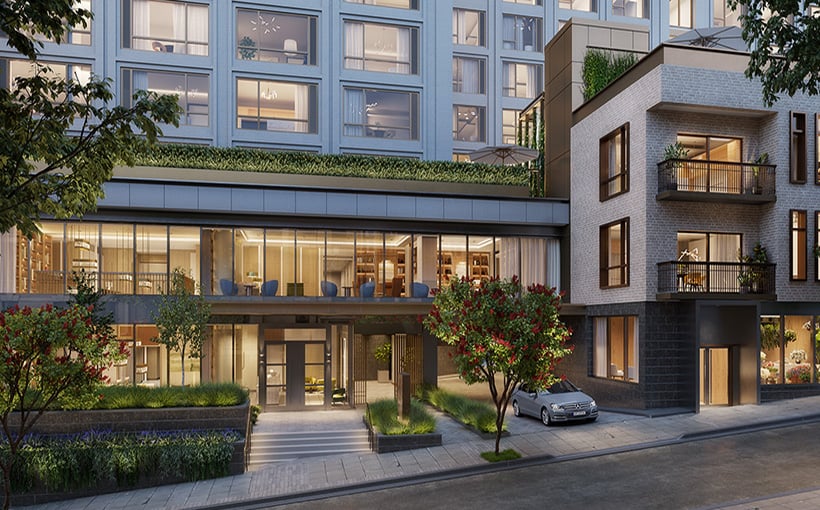 Senior housing covers a broad range of types, from age-restricted housing and rental communities to assisted-living facilities. While most senior housing targets middle-income markets, some developers are focused on growing luxury senior housing. Within this particular niche, developers are betting on the fact that wealthier baby boomers will pay rents of $25,000 per month to live in very high-end senior rentals.

According to the Wall Street Journal, Related Cos. and Atria Senior Living joined forces to open its first Coterie senior housing project. Located in San Francisco, Coterie Cathedral Hill offers studios, and one- and two-bedroom units (starting at $7,900 per month) with amenities including an on-site library, in-house movie theater, hair salon, yoga studio, heated pool and physical therapy room. Residents can also enjoy a formal restaurant, lounge and 24/7 room service. Coterie Cathedral Hill caters to all spectrums, from independent residents to those who require memory care.

Other developers focusing on upscale senior housing developments are Kayne Anderson Real Estate and Vi Living, a company controlled by the Pritzker family in Chicago.

According to Beth Mace, chief economist for the National Investment Center for Seniors Housing & Care, the industry is starting to undergo segmentation, adding high-end product to their offerings, similar to hotels or apartments. Many of the newer luxury senior developments are in urban cores, adding to the expense of their development.

As to the question of why developers are betting on the trend of higher-end senior communities, the New York Times reported in late 2021 that simply meeting basic needs with three meals and a bed won’t cut it for more demanding baby boomers. Additionally, luxury senior living encourages highly educated, financially successful and culturally aware seniors to end up in locales with like-minded people.