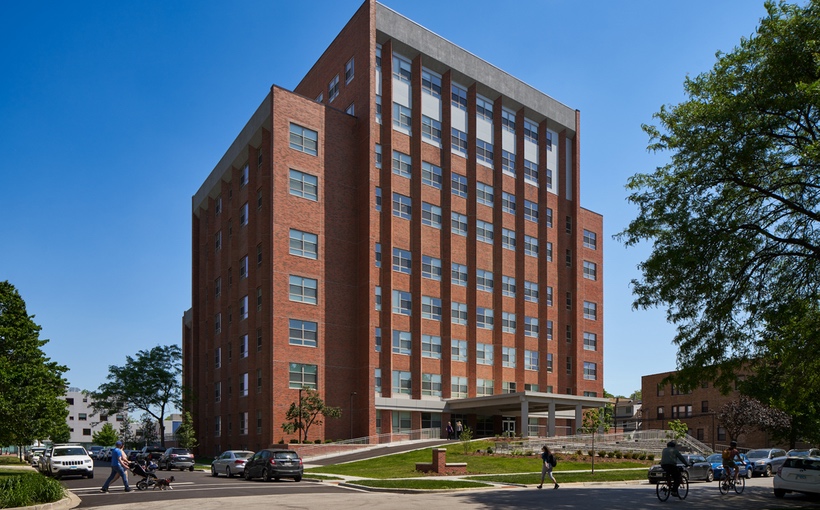 The $81-million project converted the former Ravenswood Hospital, built in 1974 and vacant since 2002, into senior housing. Reportedly it’s the first development of its kind in Illinois and one of the first nationally to offer both independent living and supportive living for low-income seniors in a single location.

“A year and a half after breaking ground, we are proud to announce the completion of this important and long-awaited project that creates affordable senior housing where none previously existed,” said Jeff Rappin, founder and chairman of Evergreen. “Ravenswood Senior Living shows that solutions to the affordable housing shortage can be found right in our backyard.”