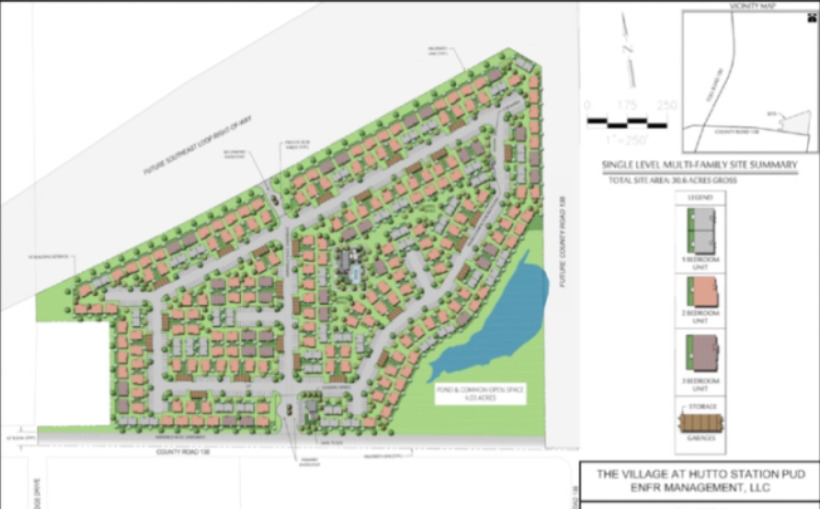 Arizona-based Empire Group has acquired 30.6 acres in the northern Austin suburb of Hutto for the construction of 276 built-to-rent units, to be called The Village at Hutto Station. The project will be situated east of Texas State Highway 130 and north of County Road 138. The $11 million sale was brokered by Josh Cameron and Hal Guggolz of Land Advisors.

This is the Empire Groups first venture in Texas, “Empire Group successfully developed its Village brand of build-for-rent communities in Arizona, and we recognize there’s demand for single-family rental homes in other growing cities,” said Empires’s Geoffrey Jacobs.

Construction is slated to begin in the first quarter of 2023.