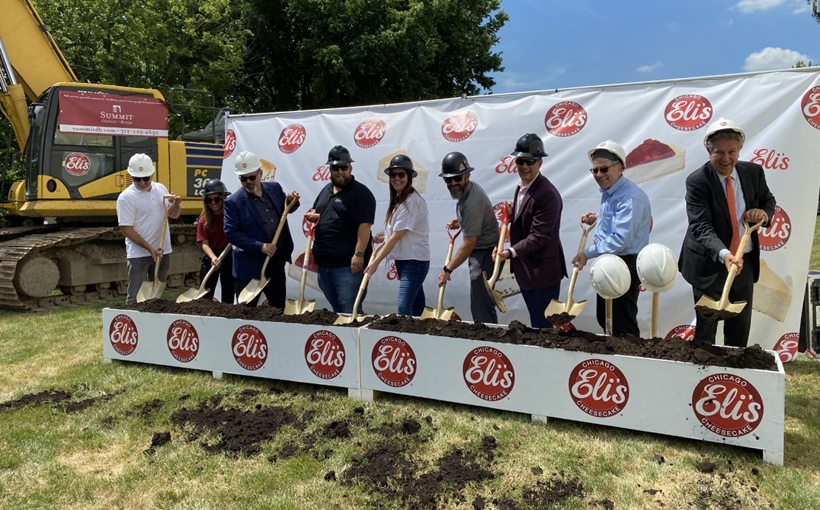 General contractor Summit Design + Build has launched construction at Eli’s Cheesecake on Chicago’s North Side. The Chicago-based cheesecake and dessert company is adding a 42,000-square-foot addition to its existing 62,000-square-foot facility. The addition marks the first expansion to the facility since it was built in 1995.

The project was officially kicked-off with a ceremonial ground “baking” late last month. The 42,000-square-foot addition also comes as Eli’s Cheesecake is celebrating its 42nd year of business.

The new addition will wrap around the west side and south side of the existing Eli’s Cheesecake building and will include interior spaces for general bakery use, general storage, bakery processing and a new mezzanine. The existing facility will remain open during construction.

Michael Aragona Architect is serving as the project architect. He also served as the architect for the original facility in 1995.