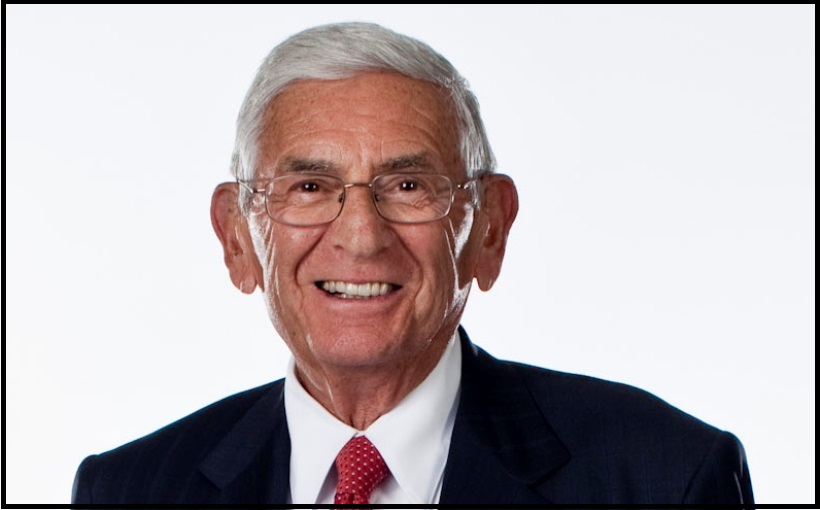 Eli Broad, the entrepreneur turned philanthropist and art collector who was instrumental in shaping the art and cultural scene of Los Angeles, died on Friday at the age of 87. Broad passed away at Cedars-Sinai Medical Center in Los Angeles following a long illness, according to a spokeswoman for the Eli and Edythe Broad Foundation.

Broad, the first entrepreneur to found two companies in two different industries and build them into Fortune 500 powerhouses, provided first homes to hundreds of thousands of families and secured retirements to millions of Americans throughout his five-decade business career.

Broad was born in the Bronx, New York in 1933 and moved to Detroit with his family as a young boy. It was in that city where he would begin his career as a real estate developer of suburban single-family homes.

With Kaufman and Broad Home Corporation, now known as KB Home, Broad priced houses affordably to appeal to young families eager to leave apartments for homes. Through meticulous research, he discovered that homes without basements were already the norm in Ohio and Indiana. Homes in those states no longer needed a basement to stockpile coal because gas heaters were then prevalent. Cutting out the expensive underground construction, and adding a carport and utility room, he and Kaufman built two of the models and optioned 15 more lots. Kaufman and Broad earned $1 million in its first year of business.

By 1961, the company had begun a nationwide expansion and gone public on the American Stock Exchange. In 1963, the company and the families behind it, moved to Los Angeles for its booming real estate market and more desirable weather. By the end of the decade, with 600,000 houses sold across the country, Kaufman and Broad had international operations and had become the first homebuilder listed on the New York Stock Exchange.

But Broad sought to diversify, worried about a possible economic downturn and the cyclical nature of the homebuilding business. As he liked to joke, “I’ve predicted 12 of the last six recessions.” By researching the Great Depression, he learned which companies survived, and the only ones that managed well were life insurers. And he recognized that the aging Baby Boomer generation needed retirement savings rather than just life insurance. In 1971, Broad completed an acquisition of a small Baltimore-based life insurance company for roughly $52 million.

“He was a giant in a humble man’s body. I had the privilege of working with him early in my career when I was in residential marketing. In his eyes, he loved creating homes for people to live and feel safe in. He said front doors come in all shapes and sizes but it is still home,” said Daniel Ceniceros, CEO, Connect Media.

In the 1980s, as the chairman of the Museum of Contemporary Art in Los Angeles, Broad secured the art that would become that museum’s first major acquisition, works from the collection of Italian Count Guiseppe Biumo di Panza, now said to be worth $1 billion.

After leaving the business world following the sale of SunAmerica to AIG in 1999, Broad pursued a new career as a full-time philanthropist, driven by a strong desire to give back. As founding members of The Giving Pledge, Broad and his wife devoted their multi-billion dollar fortune to advancing more high-quality learning opportunities for K-12 public school students across the country. Through this foundation, they established two programs to help develop and support public school system leaders and managers, the Broad Academy and the Broad Residency in Urban Education.

Broad contributed heavily to the construction of the Walt Disney Concert Hall as well as an art center at the University of California, Los Angeles. The couple funded three stem cell centers in California, and invested more than $1 billion to create and endow the Broad Institute, a globally renowned genomic medicine research center in Cambridge, MA, created in partnership with Harvard University and the Massachusetts Institute of Technology. His donations also helped open the Broad Center at Yale School of Management.

Avid contemporary art collectors, they built The Broad, a museum in downtown Los Angeles, to hold their 2,000-piece collection of postwar and contemporary art, which opened in 2015. More than 3.5 million people had visited in the first 4.5 years before the pandemic temporarily shut its doors.

Broad retired from the foundation in 2016.

He is survived by Edye, his wife of more than 60 years, and two sons, Jeffrey and Gary.

Learn More About The Broad Foundation