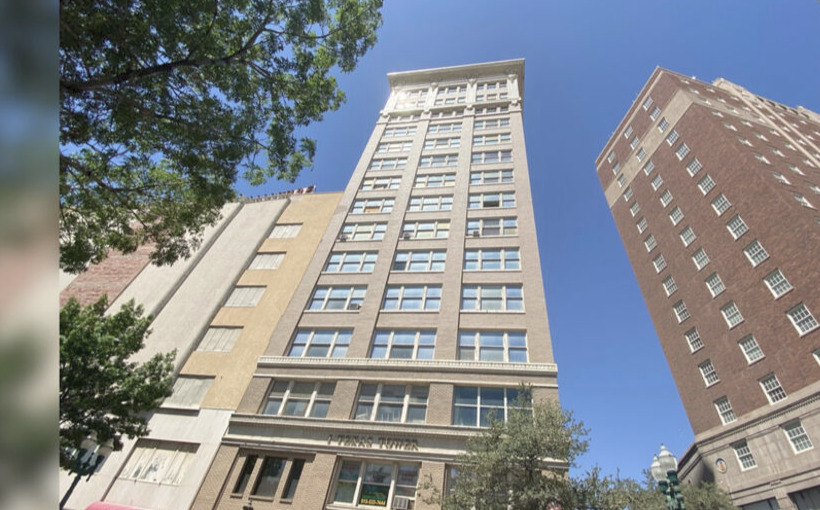 Thanks to a recent thumbs-up vote by the El Paso City Council, the owner of the 100-year old landmark will receive $2.1 million in tax rebates. Jim Scherr says the rebate will be helpful when it comes to reconditioning the building, “We are very pleased about the city’s support to rehabilitate the 1 Texas Tower that will become instrumental in enhancing our Downtown core.”

Scherr plans to use some of the $18 million he’s pledged by getting the 15-story tower ready for a 120-bed Hampton Inn and Suites by Hilton. The ground floor will include retail and restaurant space. The longtime tenant, Cafe Central, will stay.

In addition, to the City’s incentive, the project could receive a 10-year 100 percent rebate on the State’s Hotel Occupancy Tax.