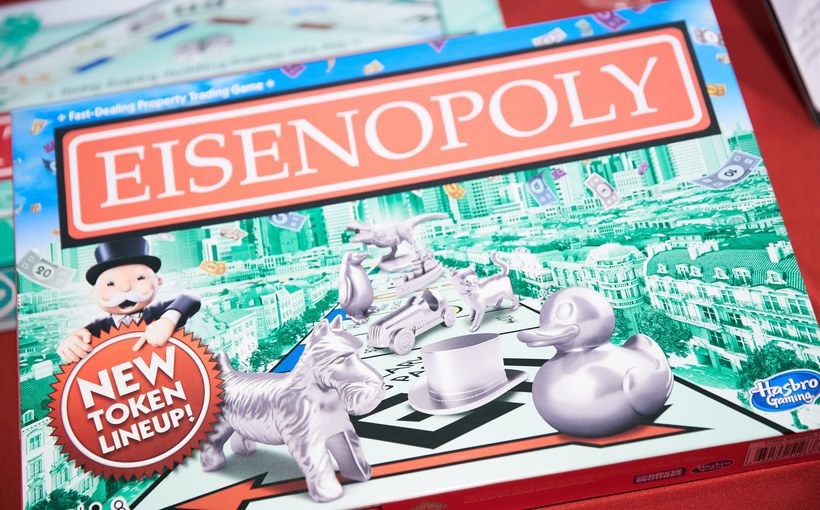 Shortly after Harold E. Eisenberg passed away suddenly from liver and pancreatic cancers in early 1999, his family and friends established a foundation in his name to fund research into GI cancers. Twenty years later, the Harold E. Eisenberg Foundation continues to fight cancer, partnering with the Robert H. Lurie Comprehensive Cancer Center of Northwestern University, and to carry on its namesake’s values, including education and mentorship.

Among the ways in which the Eisenberg Foundation furthers its mission is through fundraising events, such as the annual Eisenopoly, a Monopoly-themed evening played out on customized boards and known as “the best party of the winter.” The 2019 edition of Eisenopoly is set for Feb. 1 at Revel Fulton Market.

The co-chairs of this year’s Eisenopoly—Mike Mintz, VP at Millennium Properties and Hannah Oimoen, senior financial analyst at Pritzker Realty Group—each have benefited from the foundation’s climate of outreach. While a student at the University of Illinois, Oimoen was a recipient of one of the real estate scholarships the foundation awards each year, while Mintz was a beneficiary of the one-on-one mentorship it provides via executives from some of the Chicago region’s leading firms.

In all, the Eisenberg Foundation now has 14 education programs. It has impacted thousands of students along the way, invested nearly $500,000 in scholarships and educational programming, and dedicated over 1,200 days of one-on-one mentorship.

While that outreach has been a part of the foundation’s mission all along, “It has been elevated by the elevation of the organization,” says Oimoen.

One way in which the organization steps up its game is through a “pipeline” of leaders who begin on the foundation’s associate board, and then move up to the executive board. “You can really feel the tangible impact of younger members,” Mintz says.

Register for the eventConnect With Eisenberg Foundation