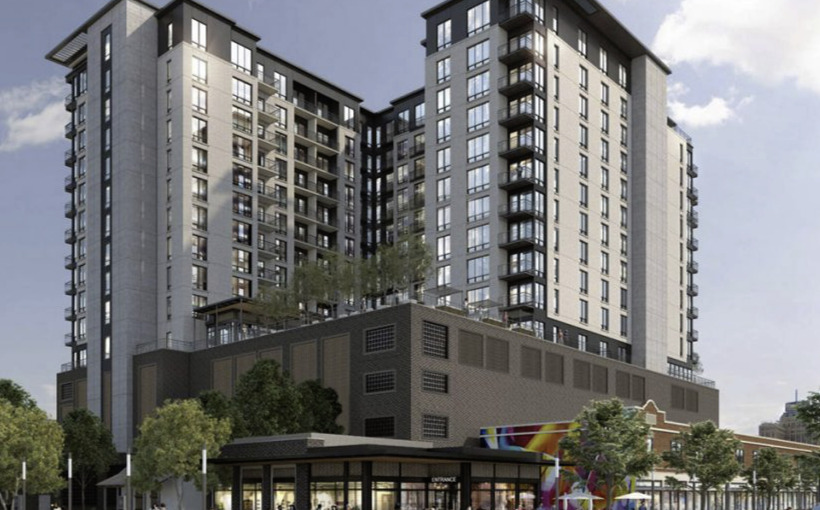 An ambitious mixed-use project on the site of the old Continental Hotel is due for final review later in August. Weston Urban has shared a number of renderings which show a 15-story tower that will contain 255 mixed-income apartments, retail and office.

Assuming Weston Urban gets the go-ahead, they expect to begin construction in early September. In public filings, the project is slated to cost $80 million.

When they get started on the new project, it will be the second significant downtown project by Weston Urban under construction. In March, the company started work on a nearby 354-unit, 32-story apartment tower called 300 Main. Combined the two projects total 609 apartments and are both scheduled to be completed in mid-2024.

Weston Urban has a deal with Bexar County that they will not pay property taxes for 75 years, in exchange for reducing rents for half of the renters, depending on their incomes.