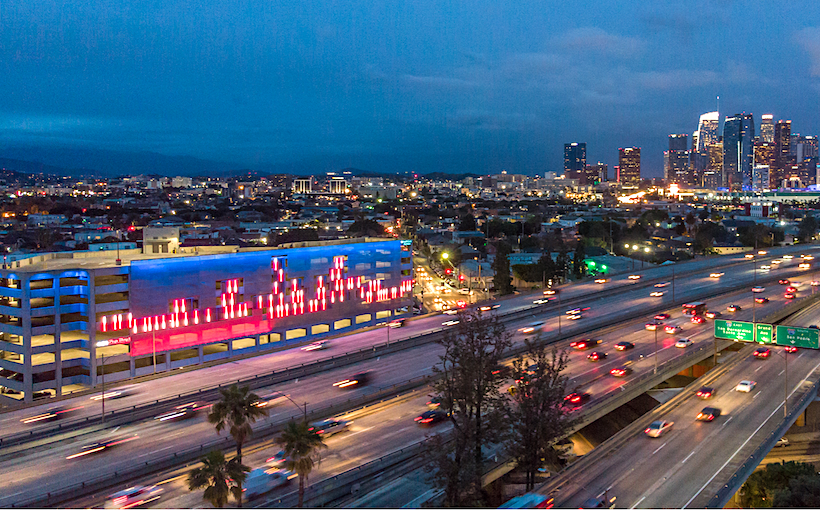 Robhana Group, Inc. illuminated the multi-story LED cityscape artwork along the 10 Freeway in DTLA near the intersection with the 110 Freeway. The occasion marked the completion of the first phase of the 100,000-square-foot healthcare campus on Washington Blvd., just west of South Park.

Named “Prelude-DTLA,” the piece was conceived as an abstract rendering of the Downtown L.A. skyline. The custom lighting technology facade brings new life to the view of Downtown for freeway commuters by displaying elegant color gradients for all occasions.

“We see Prelude-DTLA as a milestone marker for Downtown,” says Robhana Group’s Robin Hanasab. “The artwork’s skyline design recognizes and celebrates the revitalization of Downtown as a world metropolis, and it is a gateway to Downtown for those approaching Downtown from the west and south, including from LAX.”

The artwork was developed by a team that included Chris Hahn of Ware Malcomb, Gilbert Ruvalcaba of Parking Design Solutions, and StandardVision.