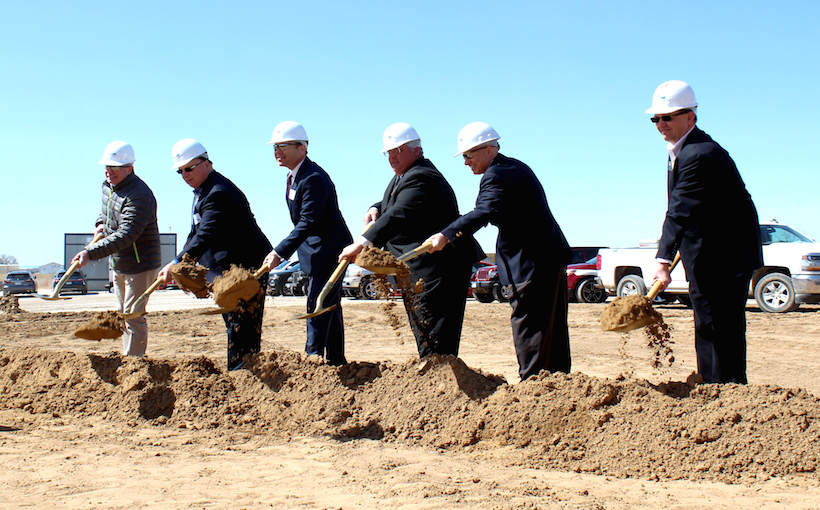 Hyde Development and Mortenson were joined by officials from the Brighton Economic Development Corporation, the Mayor’s office and Adam’s County to commemorate the groundbreaking on the first phase of 76 Commerce Center, a 1.8-million-square-foot, Class A industrial park in Brighton, CO. The development will bring innovative, first-class ultra-modern industrial space to Adams County and the I-76 commerce corridor.

The first phase is a 266,240-square-foot speculative building, with full buildout expected over the next five to six years. The 122-acre site at East 160th Avenue in Bromley Industrial Park is the largest speculative project to emerge in this growth corridor, and is one of the most significant industrial land sales in the Denver area in the last decade.

Hyde Development’s Paul Hyde says, “We are excited to break ground on the first building in the park, and raise the bar on industrial space offered in the greater Denver market.”