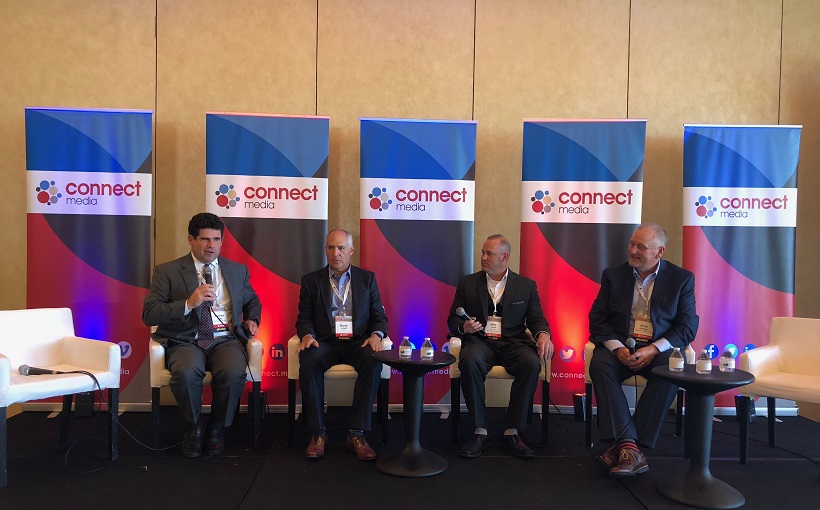 While it was rare for medical tenants to take space in retail centers 15 years ago, it’s a common occurrence nowadays. But it’s still a struggle for these tenants and owners to come together, according to experts who spoke at Connect Healthcare. Cox Castle Nicholson’s Andrew Fogg moderated the panel titled The Convergence of Retail & Healthcare: Sky’s The Limit.

“Hospital systems need to be out in the community … they are really picky about what sites they want to look at,” said JLL’s Bryan Lewitt. He added that healthcare users are slow-moving, which makes things even more difficult. “There’s always a race for the space, and usually we lose.”

Rental rates are another sticking point, according to the panel. Meridian Property Company’s Mike Conn explained healthcare tenants rarely can compete with retailers that can pay more. He pointed to a specific example of an urgent care user that had its heart set on a high-visibility site with a price tag of $300,000 for a ground lease. “Chick-Fil-A can pay that, but the healthcare user can’t take on the same rent obligation,” he said.

And medical tenants aren’t the only ones that suffer from sticker shock when trying to negotiate a deal for retail space. “It’s a big education process for retail owners,” Lewitt said, adding that many are very reticent to bring in non-retail tenants. “They’re only in it as a default because they lost their tenant, or they can’t sell or refinance.”

Fresenius Kidney Care consultant Brian Galligan is looking for retail centers with failing foot traffic, high vacancies and owners eager to make deals. “We want to be out in the community, generally on the lower to middle level spectrum,” he said. “Smaller strip centers work really well, especially those that have failing traffic.”

Galligan said retail landlords usually have no idea how much Fresenius Kidney Care needs to complete its build out, which costs as much as $200 per sf. “Retail landlords are used to offering much lower amounts of TI,” he noted.

Other panelists agreed with Galligan. For example, Lewitt pointed out that most retail landlords are offering $20 to $40 per sf, and healthcare users claim it’s not enough. “Then the deal just craters,” he said.

Even with these challenges, Lewitt remained convinced that healthcare tenants will continue to gravitate toward retail space. “Only 10% of healthcare is in retail right now, and I think in the next few years, it’ll be 20%,” he said.