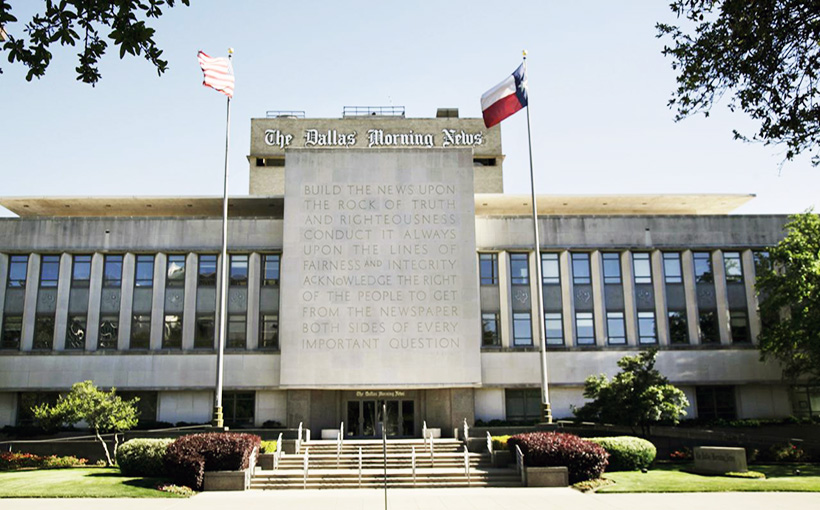 The 69-year-old, 325,000-square-foot property is next door to the Dallas Convention Center, and across the street from the Union Station rail transit hub. The property was among sites pitched to Amazon for its HQ2. The sales agreement indicated that if it is resold to Amazon, that proceeds would be shared with A.H. Belo. The Morning News staff occupied the building from 1949 to late 2017, when it relocated to the historic Dallas Public Library building on Commerce Street.

The transaction is scheduled to close before the end of this year.