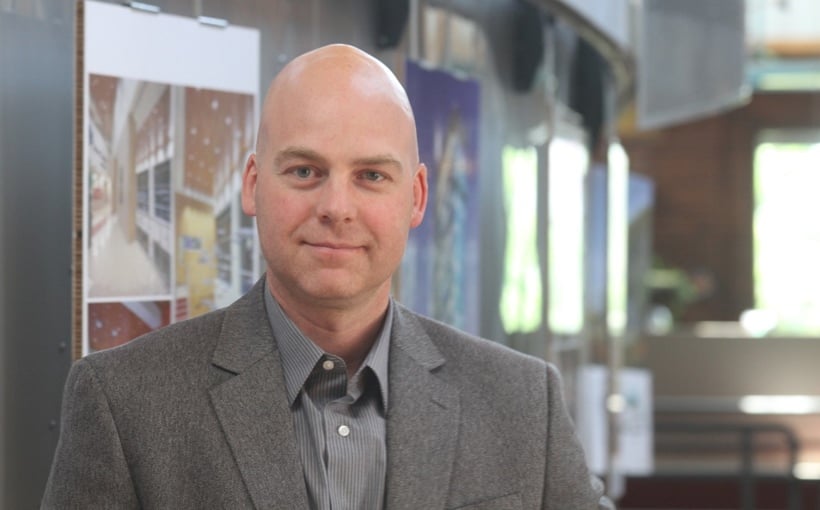 It’s no big secret that there’s a housing shortage in the U.S. and that demand is exceeding developers’ ability to accommodate all of it. One way to accelerate the process is through modular construction. Here, Jeffrey Schoeneck, executive director—Live at Cuningham, walks us through the design and development process for multifamily projects using this method.

Q: Why are some multifamily developers choosing a modular construction process?

A: We are currently facing a housing shortage in America. In fact, the nation is facing a deficit of 5.5 million homes, a gap so large that it would take more than a decade to close.

Because there is such a substantial demand for housing – especially affordable housing – and a lack of supply, many multifamily developers are turning to the off-site modular construction process. The process, which consists of the assembly of parts in an off-site environment (typically under controlled plant conditions) followed by placement on site, can complete projects up to 50 percent faster than traditional methods.

According to a 2020 Dodge Report on Prefabrication and Modular Construction, 93 percent of companies report that they achieve improved productivity and quality and increased schedule certainty when using modular construction methods instead of traditional construction.

For example, we are currently underway on one of the largest multifamily volumetric modular projects in the country. We are working with a developer that has deep experience in modular and existing relationships with esteemed manufacturers, which has shifted procurement to earlier in the design process. This places the project on an accelerated construction schedule, cutting the development timeline significantly compared to traditional construction methods. In today’s high-demand development environment, time to delivery is critical; therefore, methods like volumetric modular are a major breakthrough and a significant tool in meeting this demand.

Q: Which factors should be considered when making the decision to use this method?

A: The first element that should be considered is making advanced plans for the development of volumetric modular constructed buildings. The modular building process begins at the conceptual design phase, so it is crucial to draw, plan, and procure specifically for modular construction from the very beginning stage of a project.

Designers should also take a ‘think outside of the box’ approach when it comes to modular construction. Due to stricter limitations on component size and weight, the approach to modular requires a more comprehensive analysis than conventional construction methods. In addition to requirements of the construction needs, volumetric modular projects need to be looked at from the inside out to understand how the building is going to be built and transported.

Instead of starting on the exterior of the building, developers and designers should work on interior items that would typically be on the back burner from the outset. This is unlike traditional construction methods where many of these decisions can be left to the end.

Additionally, it’s important that multifamily stakeholders considering this method partner with contractors and consultants like Cuningham who understand the nuances to optimize efficiencies and ultimately save time and costs while delivering much-needed housing.

Q: What are some common myths of modular construction?

A: One common misconception is that volumetric modular construction is a cheaper method compared to traditional construction models.

While some costs can be reduced overall, modular multifamily communities are not necessarily any ‘cheaper’ to build in today’s marketplace. They are designed to the same codes and standards as conventionally built properties. While the process and strategy for selecting materials in modular construction can vary from traditional methods, they are still of high quality.

That said, when executed strategically, properties developed utilizing modular construction can be completed in a greatly reduced timeframe. It is the perfect example of the saying, ‘time is money.’

Modular’s ability to be competitive, decreasing availability of labor and rising expenses negatively impact overall costs on an upward trajectory. Manufacturing will continue to automate, and the modular advantage is likely to outpace traditional construction methods at the rate of technological adaptation.

Also, many believe that modular buildings are architecturally boring and limit creativity in design. However, contrary to these misconceptions, modular construction does not equate to repetitive stacks of uniform elements arranged in a perfect rectangle.

In fact, if modular is applied from the onset of the project, designers can create aesthetically pleasing and even stronger-functioning buildings given the rigor required to realize their design. Executed well, there should be no way to tell from the exterior if the building was modular constructed versus traditional.

Q: How does the design and development process differ compared to traditional construction?

A: One of the main ways modular design differs from that of traditional construction is the fact that it is more beneficial to begin designing the interior elements before moving to the exterior. For example, appliances, toilet paper roll holders, and other seemingly end-of-project elements should be decided upon and ordered at the beginning of the design and construction process rather than at the end as typically done.

As for the differing development processes, unlike the more traditional methods, modular buildings are developed offsite and then transported to the site of the project.

One benefit of utilizing this offsite method is that it reduces or eliminates the need for subcontractors, which could in turn reduce costs. Additionally, prefabricated multifamily communities are faster to build, which may reduce site overhead and construction management costs. Plus, modular assembly requires a lower-skilled labor force, which can bring costs down.

In our growing and ever-evolving experience with modular construction projects, we have already observed areas where the method has successfully resulted in greater quality control, more accurate and accelerated timelines, and improved safety for workers.

Q: What role can modular construction play in helping to deliver much-needed, affordable housing options to the market?

A: While the country is experiencing a shortage of single-family homes and market-rate apartments, no state has an adequate supply of affordable rental housing for the lowest income renters. And the need for affordable housing will only continue to skyrocket, especially as the cost of living increases each year.