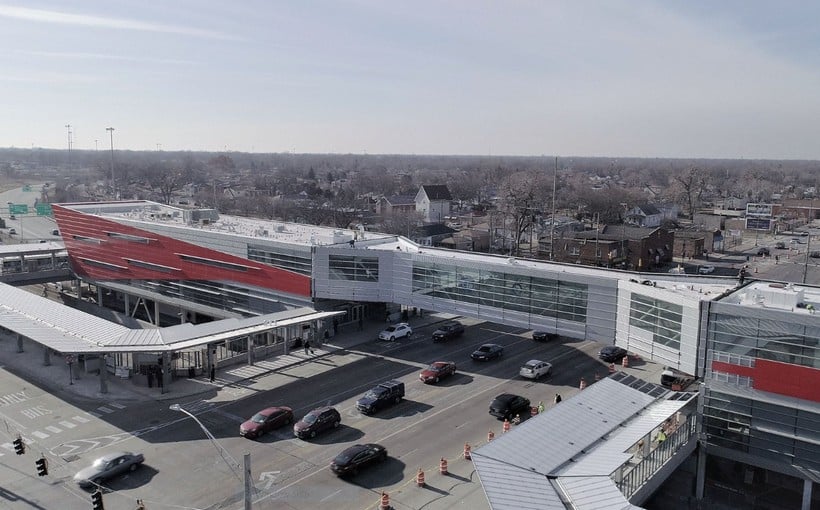 Chicago Transit Authority’s $280-million North Terminal at the 95th/Dan Ryan Station opened this past Friday with city officials in attendance. The new terminal, which will provide 24-hour service on CTA’s Red Line, is the second of two modern bus and rail facilities that replace the original 50-year-old terminal on Chicago’s Far South Side.

“This a critical milestone in the largest construction project in CTA’s history, one that marks a transformative investment in Chicago’s South Side,” said Mayor Rahm Emanuel. “This 95th/Dan Ryan North Terminal and pedestrian bridge add critical components to a transit showcase that continues to create jobs and opportunities and drives economic development in this community.”

With the opening of the new facility, “The Red Line and the bus routes served by this transit hub will provide customers with expanded passenger facilities, new amenities, and safer passenger access to buses and trains,” said CTA president Dorval Carter.