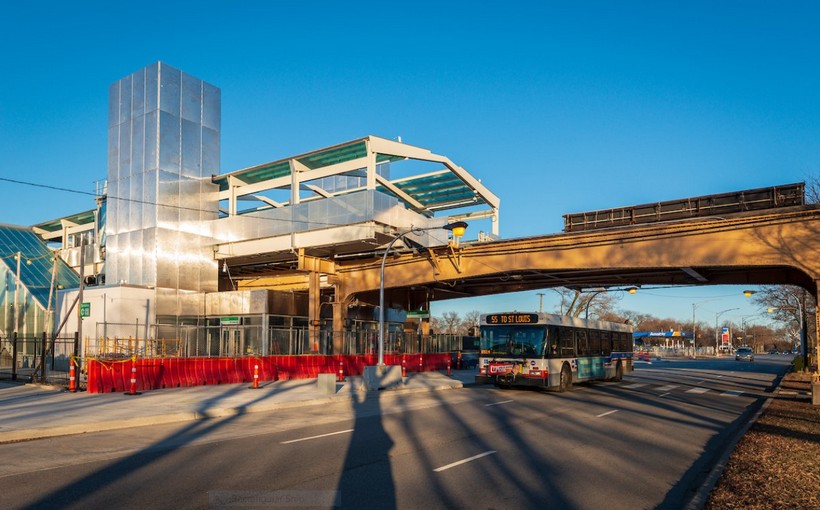 Chicago Transit Authority has completed work on its Garfield Gateway project, making a number of improvements to the historic Green Line station that’s used by nearly 500,000 riders per year. These include extending the station’s platform canopies to provide more shelter, upgrading platform accessibility, improving elevators and escalators, and installing public art and landscaping.

The $43-million project rehabilitated the original Garfield station house, which was built in 1892 as part of the public transit system to the World’s Columbian Exposition. Designated a City of Chicago landmark in 2001, the historic station was restored to its original turn-of-the century look.