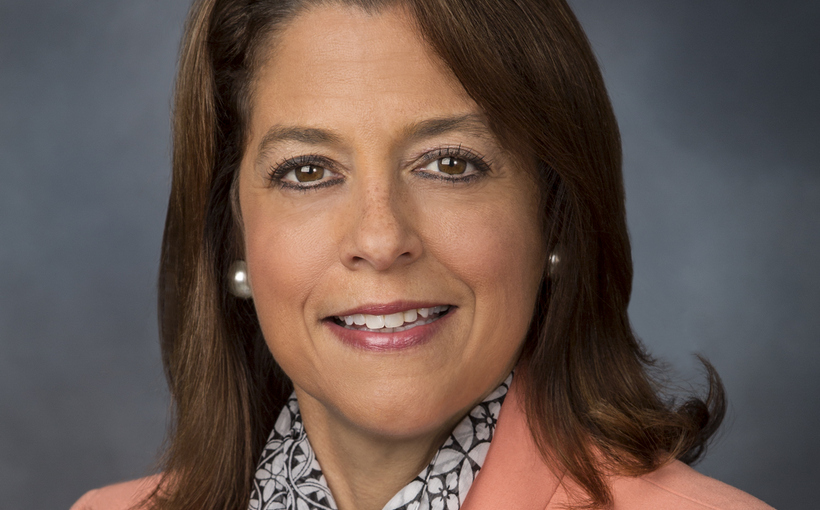 Commercial real estate, and the availability of debt and equity that fuels activity in the sector, has reaped the benefits of improving fundamentals for the past decade. Yet, changes are in the air. In advance of the Commercial Real Estate Finance Council’s Commercial Real Estate Finance Summit—West, scheduled for May 8 and 9 in Santa Monica, we asked Lisa Pendergast, the council’s executive director, for her take on rising interest rates and other issues shaping the lending environment.

Q: It appears that 2018 will be the start of a higher interest-rate environment than the industry has seen in this cycle. What are some of the implications for commercial real estate finance?

A: In its March FOMC minutes, the Fed indicated that the path of future rate hikes could be slightly steeper than originally anticipated, given the Fed’s expectation that the economy is poised to hit its inflation targets near term. So yes, Treasury rates are expected to rise, and the yield curve is expected to flatten. Yet, keep in mind the reasons why rates are rising: strength in the U.S. economy, as evidenced by GDP growth and a low unemployment rate. Both are supportive of commercial real estate fundamentals, such as rent and occupancy growth. As inflation picks up, demand for hard assets like ours should remain strong.

Regardless of the rate environment, loan demand will slow for two reasons. The first is a decline in asset purchases. Asset pricing is extremely robust in certain markets, causing potential buyers to think twice about making purchases today, at what might be the height of the market. Second, given that most CRE loans on stabilized assets have 10-year terms, there aren’t a lot of loans maturing in 2018 and 2019 to refinance. Why? Ten years ago, the financial crisis and the severe recession that ensued caused the lending markets to come to a screeching halt—which explains the lack of maturities today.

Q: Speaking of regulators’ influence on CRE finance, we’ve heard for some time that the HVCRE regime may be replaced with a simpler framework known as HVADC. What’s the status, and what position is CREFC advocating?

A: The overarching concern is that the High Volatility Commercial Real Estate (HVCRE) rule, which took effect in January 2015, lacks clarity and is therefore subject to a wide variety of interpretations across lender platforms. The data show that this lack of clarity has forced some lenders to simply pull away from construction lending, despite continued and vibrant U.S. economic growth.

Corrections to the rule generally have enjoyed bipartisan support. Both the House via H.R. 2148, and the Senate with its provisions in regulatory reform bill S. 2155, have proposed corrections to the rule. The regulators also weighed-in with something they call the High Volatility Acquisition, Development and Construction (HVADC) rule. Assuming the regulatory reform bill sees the light of day, and we hope it will, CREFC would like to see the regulators step in to provide additional guidance and thus clarity to what was a well-intentioned rule to foster liquidity in the construction lending space, without the banks taking on excessive risk.

A: The CMBS and CRE CLO risk-retention requirements under Dodd-Frank are now well ensconced in the marketplace, and investors continue to believe that the credit quality of these pools remains high as a result. While the decision to overturn risk retention for corporate CLOs did pique the interest of our issuers, the issues are quite different on the CMBS side and, as mentioned, our investors appear to have embraced the efficacy of the current risk retention regime. So it’s impossible to predict what, if anything, will change in the years ahead.

Yet, there are other regulations that came out of the financial crisis that, in our view, have missed the mark and need to be revisited. The Volcker Rule is one of them. As best we can tell, its impact on CMBS market-making activity has been significant, with an informal CREFC survey suggesting that average balance-sheet allocations to CMBS secondary-market trading have declined by 40% since the rule was implemented.

Q: The LIBOR standard is going to be phased out over the next few years. Where do U.S. regulators stand with finalizing a replacement?

A: Last summer, the U.K.’s Financial Conduct Authority (FCA) announced that LIBOR may not be available after 2021. The FCA cited concerns over potential manipulation of the index, especially given that the volume of interbank lending had fallen sharply post-financial crisis, leaving those still quoting to rely on “expert judgement.” Like other countries around the globe, the U.S. responded by introducing an alternative index, the Secured Overnight Funding Rate (SOFR), which is a transaction-based Treasury repo rate. SOFR went live in early April of this year. The rub, however, is that SOFR is an overnight rate and lacks a term structure. To address this issue, the CME plans to introduce a SOFR derivatives market starting on May 7. Sufficient take-up of these SOFR derivatives should lead to the development of the term structure needed for SOFR to serve as a viable alternative to LIBOR. It’s an important issue, given that some $370 trillion in LIBOR-based contracts exist in the U.S. today.

Q: From CREFC’s standpoint, what is the general outlook for commercial real estate and how has it changed over the past 18 months?

A: The commercial and multifamily markets have enjoyed a long run of improving fundamentals and rising asset valuations. So, the current cycle is indeed long in the tooth. For now, here’s what we know about the sector: financing rates, while rising, are still attractive on a historical basis, but valuations may be at their peaks in many markets, with sellers not enjoying the demand they were hoping for at these levels. To that extent, CRE and multifamily investor interest is being drawn away from hot CBDs to non-gateway markets, and we can expect this trend to continue.

Beyond the cycle issue is generational shifts in how we use space. Technology and demographic shifts are changing tenant demand, space requirements and where companies choose to locate. In addition, the newly passed tax bill is favorable less for what it did do than for what it didn’t do—which was mainly not making changes to the existing interest-deductibility regime. On a more macro basis, to the extent tax reform extends the life of the current economic expansion, we expect it to provide further runway to the current CRE cycle. Finally, any positive momentum on the regulatory reform front will help to ensure a steady but prudent flow of debt and equity into the sector.