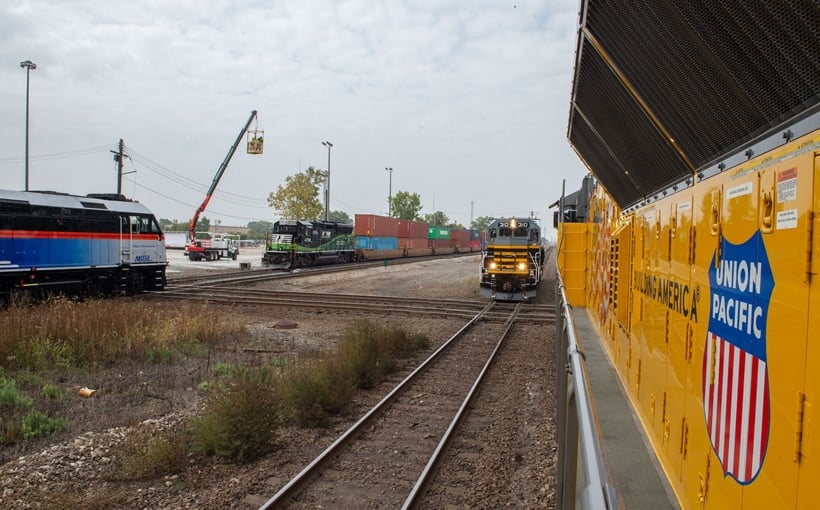 The Chicago Region Environment and Transportation Efficiency (CREATE) Program broke ground on the largest CREATE project to date, The Forest Hill Flyover at CSX Forest Hill Railroad Yard. The project will construct a bridge which will resolve one of the largest rail chokepoints in the nation and the most congested in the Chicago terminal, Belt Junction.

The groundbreaking also kicked off construction of the 71st Street Grade Separation project, which will eliminate an existing grade crossing of the CSX railroad with 71st Street, improving safety and convenience for community members including pedestrians, bicyclists, and local drivers.

These projects are also the first two components of four major projects that will be implemented as part of the 75th Street Corridor Improvement Project. Estimated total cost for the Forest Hill Flyover and 71st Street Grade Separation projects is $380 million, with the federal government picking up $132 million of the tab