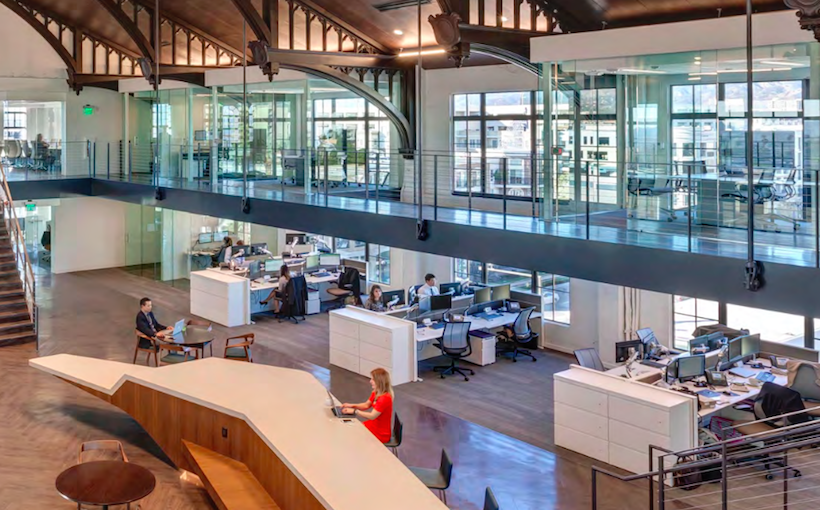 Coworking Continues to be a Major Disruptor within L.A. CRE

Los Angeles is the second largest coworking market in the country. CBRE reports of the 222 million total square feet of the office space in the L.A. market, 4.1 million square feet of that is flexible space.

Meanwhile, researchers at JLL point out that coworking space has thrived throughout Los Angeles, proving to be a major disruptor within commercial real estate. Since 2008, coworking space locally has grown by 500%, resulting in a net absorption of more than 2.5 million square feet. Currently, JLL says coworking occupies 3.2 million square feet within the market, but given its annual growth of 59%, the firm predicts that figure should grow significantly moving forward.

JLL reports areas throughout West L.A. and Downtown have experienced the biggest impact of flexible work space. Together, both markets account for over half of the coworking market share. Meanwhile, Hollywood is emerging as a major player within the industry, driven by increasing demand by entertainment and media companies.