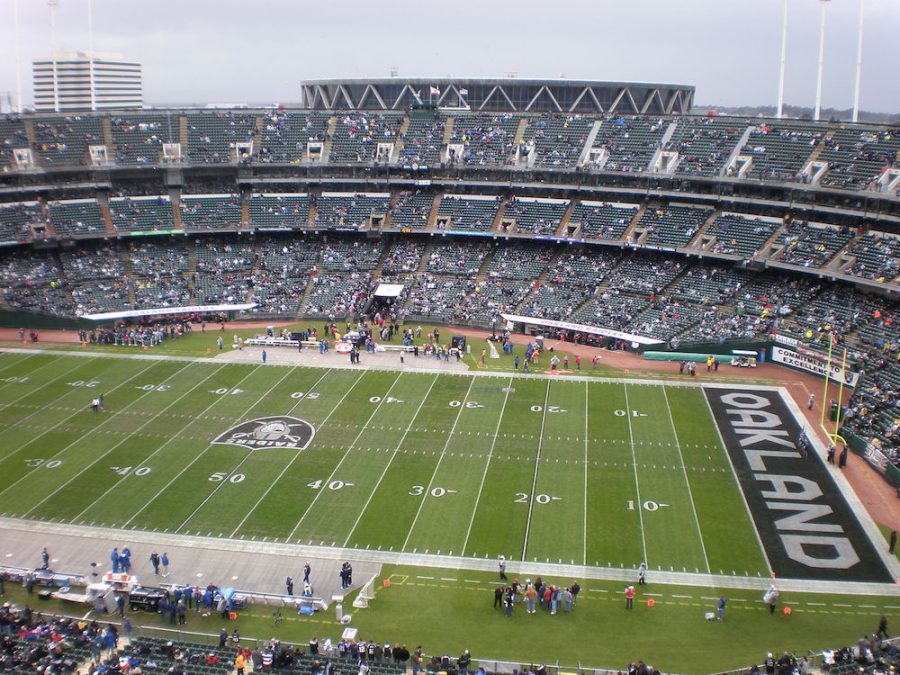 Could the Raiders Stay in Oakland?

Between San Diego, Los Angeles and Oakland, there is a lot of new NFL stadium talk. It’s starting to get confusing.

So, the Oakland Raiders, who just met with the Los Angeles mayor about building a stadium in that long-denied football city in Carson with the San Diego Chargers, might stay in Oakland.

Now the Raiders ownership has decided that if it sells a 20-percent stake in the team, there is a possibility it could remain at Oakland’s Coliseum City. Redevelopment options include a new stadium, mixed with retail and residential.

We will see what happens next, so stay tuned!