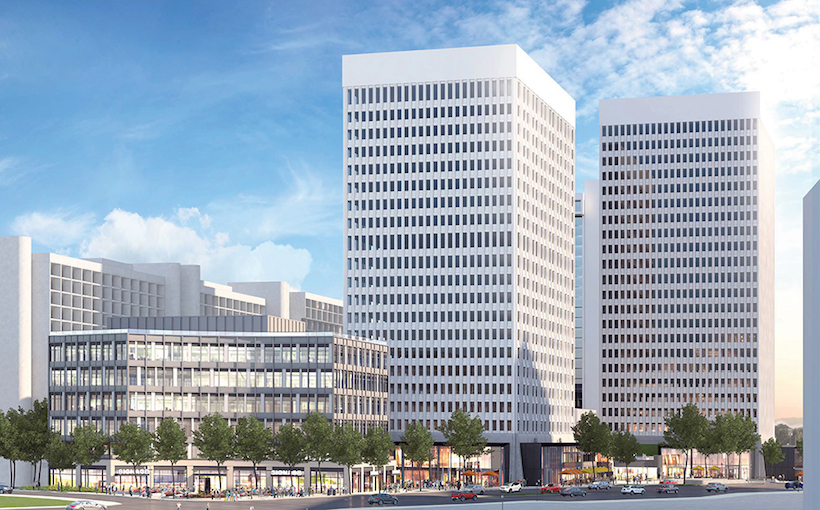 Since breaking ground on the redevelopment in 2017, Hoar has completed a 200,000-square-foot renovation of two existing buildings (100 and 400), the ground-up construction of a new building featuring a luxury movie theatre and food hall (200) and two new Class A office buildings with street-level retail (300 and 500). Hoar topped out on Buildings 200 and 300 in August of 2019, and finalized upgrades to Building 400, which received lobby enhancements, exterior retail additions and more, in 2018. The total redevelopment included 940,000 square feet of Class A office space and 160,000 square feet of retail, restaurant and entertainment space.

Politan Row, the new food hall in Building 200, recently opened at the property. Final tenant buildouts are ongoing, with several concepts slated to open throughout the remainder of this year, including King of Pops, Serena Pastificio, Holeman and Finch Public House and Rumi’s Kitchen. A grand opening ceremony is slated for December 4, 2021.