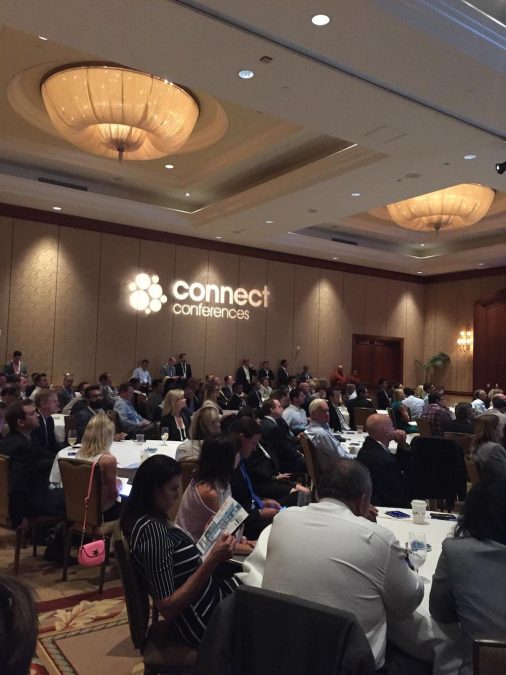 The Orange County office and industrial markets, as well as the Millennial generation and the state’s water challenges were among the hot topics at the inaugural Connect Orange County event that recently took place in Newport Beach and attracted about 500 attendees specializing in several facets of the commercial real estate industry.

One surprising message by attendees was that there is a creative office movement in the county, when most of these kinds of projects are more commonly associated with urban areas.

Bixby Land Co., for one, is building creative-office developments in its complexes around the county, noted Bill Halford, president and chief executive of the firm. There are more and more Millennials attracted to the area that are partially driving this.

“The are a lot of great things happening on the office side,” remarked Kurt Strassman, senior managing director at CBRE, who said that there is currently 1.1 million square feet of office development proposed in the county.

On the industrial end, both Orange County and the Inland Empire are experiencing extremely low vacancy rates, said John Hagestad, managing director at Sares-Regis. However, the types of industrial tenants both areas enjoy are largely different, as is the cost to build. He said that it costs $35 per square foot to build in Orange County, and $13 to $20 in the Inland Empire.

“The difference between Orange County and the Inland Empire is like night and day,” Hagestad said.

Demand for industrial products is “extraordinary,” stressed Watty Watson, president and chief executive of CT Realty. However, “there are a lot of challenges facing the creation of product,” he said, namely, state-required reduction of water usage.

The water issue was also touched on by John Condas, a partner at Allen Matkins.

“During due diligence make sure there is enough water to support development,” he said. Condas also warned that more cities in the state will be requiring developers to bear the brunt of higher affordable housing building.