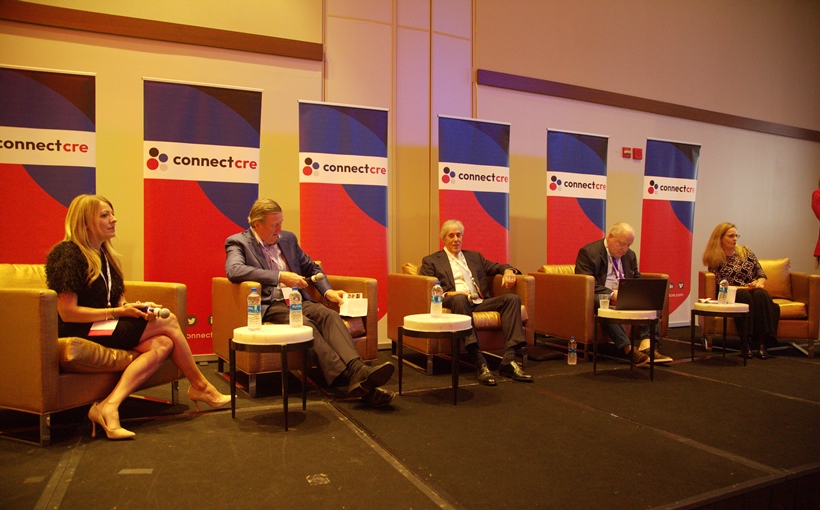 ‘It’s a little chaotic out there,” said MSCI Real Assets chief economist Jim Costello in his keynote presentation at Connect Investment & Finance, which set the stage for the panel discussions that followed. “There’s a lot happening in the economy, a lot of things are moving. And it’s hard to make sense of it all.”

That being said, we’re also coming off a period during which commercial real estate investments generated sizable returns even amid the pandemic, especially in the U.S., Costello noted. The job of mapping out what lies ahead for the industry professionals who gathered for this afternoon event at the Hyatt Regency O’Hare in Rosemont, IL fell to Costello and a group of heavy hitters in ownership, development and finance.

The panelists spoke candidly and insightfully about the challenges of drawing that map. In the “Developer/Owner’s Perspective” panel, developer Bob Six, CEO of Zeller, noted that there has been “some sort of a downturn” every eight years or so in his four-decade career.

However, there hasn’t been one in a dozen years or so until now, meaning that a generation has come up through the ranks that doesn’t have the experience of dealing with one. “This one will be different, because we’ve got inflation and rising interest rates at the same time,” said Six.

Mark Goodman, president of Mark Goodman & Associates, noted, “I think we’re heading into a repricing cycle. We’ll adjust to it, and there will be opportunities.” However, he added, “we’re in a transition now, and we don’t know exactly what that transition is.”

The lay of the land is different now than it was after the last downturn, which began in 2008 and subsided over the next few years as the market came back. “Today I don’t even know if there are a lot of CMBS conduits even quoting right now,” EVP Ryan Nelson with the Farbman Group commented during the “Capital Markets” panel.

However, neither the capital markets panelists nor the experts gathered for the aptly titled “Under Pressure: Financing in a Volatile Market” panel would call the current circumstances a recession. “We’re going to come out of this in decent shape, because there’s so much capital that wants to get into the space,” said “Under Pressure” panelist Thomas Lorenzini, SVP of Tremont Realty Capital.

Check back over the next few days for more in-depth coverage of Connect Investment & Finance.