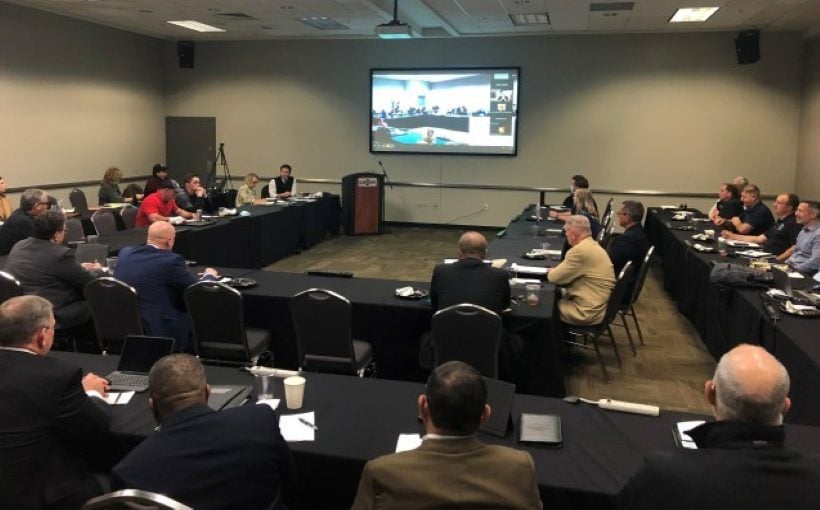 Gov. Greg Abbott’s Texas Task Force on Concert Safety held its fifth meeting and third in-person meeting in San Antonio last week. Hosted by the Alamodome, the meeting brought together public safety and industry experts as well as expert contributors and local authorities to continue the discussion of best practices for concert safety. The task force held its last meeting at the Texas A&M Engineering Extension Service in Bryan on December 15 and its first in-person meeting in Arlington on December 10.

Texas Music Office director Brendon Anthony led the round table discussion, bringing local area law enforcement, venue operators and members of the live music industry together to discuss progress made on developing formal recommendations and strategies so far. Conversations included the mass gathering permit process, noting that there is a potential need to assist counties in drafting such a document in areas where one is not currently in place. Venues expressed the importance of actively engaging with promoters, and breaking down the challenges and processes of shutting down an event that is in progress. Further discussion pertained to crowd management, event safety and emergency response.

Abbott launched the task force on November 10 in response to the tragedy at Astroworld Festival in Houston that killed 10 concertgoers and injured more than 300. The task force is being led by Anthony along with safety experts, law enforcement, fire fighters, state agencies and music industry leaders.