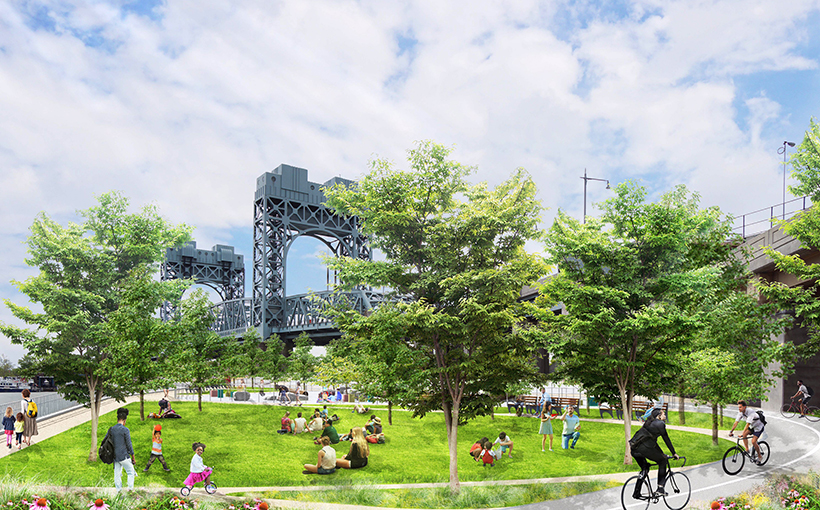 The de Blasio administration has committed to spending more than $250 million to close the gaps in the 32.5-mile Manhattan Waterfront Greenway, mainly in the uptown neighborhoods of Inwood, Harlem and East Harlem. The projects will add 15 acres to the total, creating an unbroken loop of waterfront open spaces that total more than 1,000 acres, an area larger than Central Park.

“Improving waterfront access is a critical part of our work to strengthen neighborhoods and improve the quality of life for New Yorkers,” said James Patchettt, president and CEO of the New York City Economic Development Corporation. The Greenway project was begun in 1993 under then-Mayor David Dinkins.

By dollar amount, the two largest components are the Harlem River Greenway Link between East 125th and East 132nd streets and the East Midtown Greenway between East 53rd and East 61st streets. Projected spending on the two projects totals $201 million.