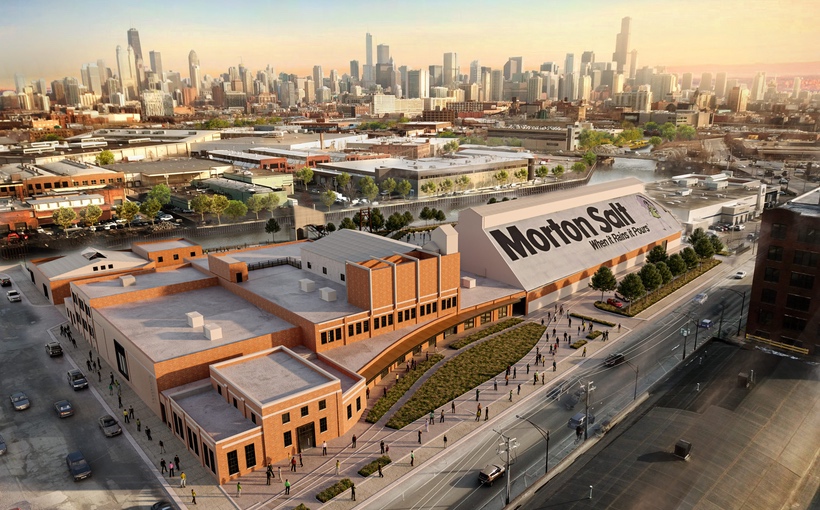 Morton Salt’s former warehouse along the Chicago River could soon begin transforming into a music and events venue, the Chicago Tribune reported. The $50-million redevelopment plan by Blue Star Properties and R2 was approved Friday by the City Council.

Friday’s vote was the final hurdle the development team needed to clear to allow nonindustrial uses for the former salt storage facility, located on 4.25 riverfront acres on the city’s North Side.

Chicago restaurant and entertainment group 16 1/4 u2033 on Center plans to put on concerts and other events at the Elston Avenue property, known for the salt company’s large “Umbrella Girl” sign that’s visible from the Kennedy Expressway.

“I think it will be a premier music venue in Chicago because it has the inside and outside,” Craig Golden, president of Blue Star and a partner at 16 1/4 u2033 on Center, told the Tribune.