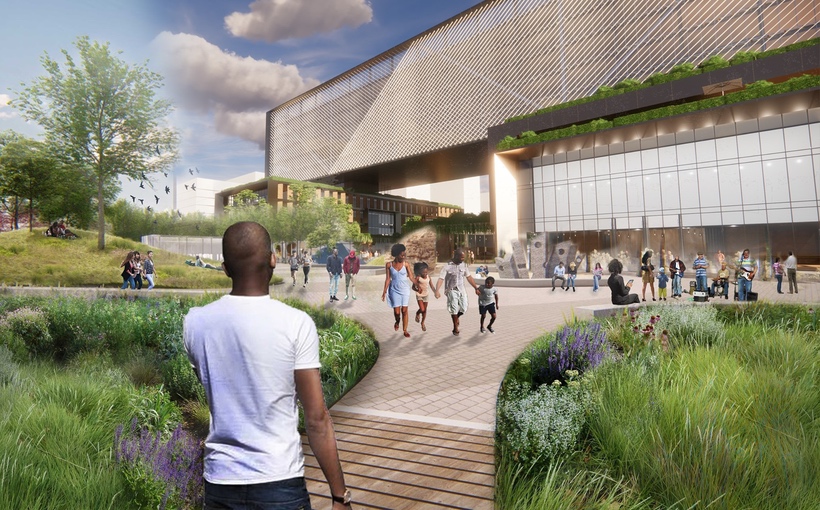 The Chicago City Council on Wednesday approved Bronzeville Lakefront, the redevelopment of the former Michael Reese Hospital site on the city’s South Side. The vote by the full Council occurred a day after the zoning committee gave the mega-project unanimous approval.

Bronzeville Lakefront is being developed by GRIT LLC, a team consisting of Farpoint Development, Draper and Kramer, Loop Capital Management, McLaurin Development Partners, Chicago Neighborhood Initiatives and Bronzeville Community Development Partnership. In a statement issued after the council’s vote, the group cited both its own 50% minority makeup and the “ethnically and socioeconomically diverse group of residents” who will live there.

“I am in full support of this transformative project, which is sure to set the standard for how to properly engage communities,” said Ald. Sophia King. “It will also be transformative in a very real sense by adding to the strength and vitality of the Bronzeville community.”