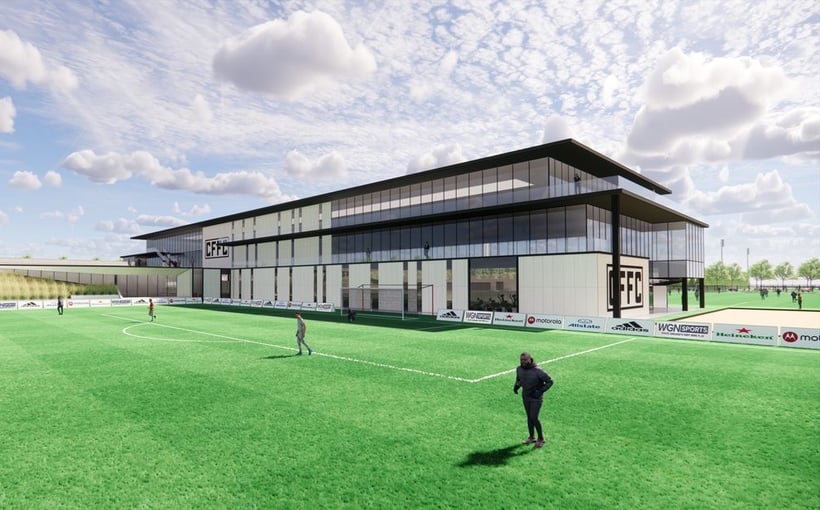 The Chicago Fire Football Club is proposing to construct and operate a training facility, including a three-story performance center, at Hanson Park in the Northwest Side’s Belmont Cragin neighborhood. The approximately 32-acre project is projected to cost roughly $90 million.

In a draft presentation posted to the Chicago Department of Planning and Development website, the Joe Mansueto-owned soccer franchise said the facility would host both team training and development programs for school-age soccer players. It won’t host any professional home matches, according to the presentation.

The site, bounded by Fullerton, North, Grand and Central avenues, is owned by Chicago Public Schools (CPS) and Cook County. The Fire plans to enter into a ground lease and shared use agreement with CPS.

JLL is serving as project manager, and Crawford Architects is serving as designer. The team will present its initial plans at a virtual town hall on June 10.