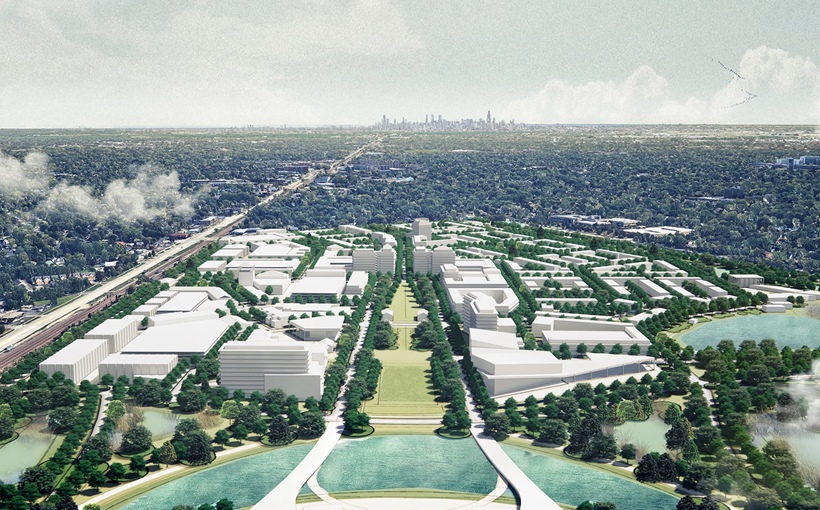 Chicago Bears officials presented their plans Thursday for a redevelopment of the former Arlington Park racecourse in Arlington Heights, IL. With an estimated $5-billion cost, ‏‎the mixed-use development—including a domed stadium, retail and housing—would be one of the largest projects in Illinois history, the Daily Herald reported.

For the moment, the project remains a question mark. “We are in the very beginning of a process to explore what might be possible at the Arlington Park site,” Bears chairman George McCaskey told an Arlington Heights audience. “There are still many unknowns, including whether we will be able to close on the property, and if we do, whether we will develop it, and if we do, whether that development will include a stadium.”

In an open letter, the team also emphasized that it remains committed to Soldier Field, its home in Chicago, “and will honor the terms of its lease.”