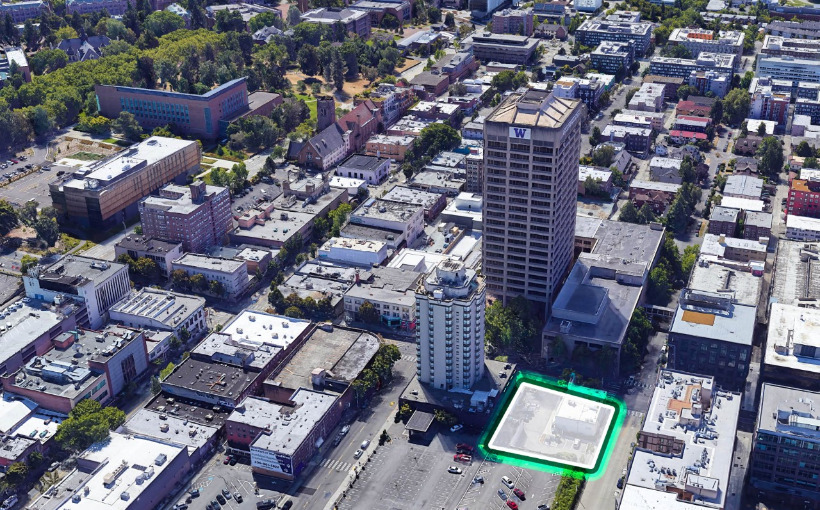 CBRE has brokered the sale of two parcels totaling 15,000 square feet in Seattle’s University District. The land, purchased by Landmark Properties, is located next to the recently opened U-District light rail station and is entitled for a 24-story multifamily building.

The site, located at 1200 NE. 45th St., is just a few blocks from the University of Washington campus, in a part of Seattle that is envisioned as an innovation district, similar to South Lake Union. The U-District has been rezoned to encourage higher density development and the University also plans to expand its education, research and office facilities.

“This was a once-in-a-generation opportunity to acquire a light-rail adjacent site in the heart of one of the nation’s most dynamic neighborhoods. Steps from the UW campus, the location is perfectly positioned to benefit from the redevelopment occurring across the U-District,” said CBRE Capital Markets’ Kyle Yamamoto, part of the team that brokered the transaction.