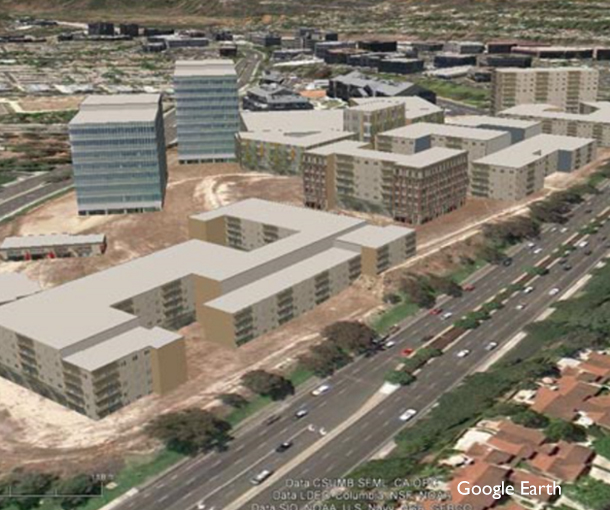 Carmel Valley Mixed-Use Up for Vote

One Paseo, a $750-million, mixed-use project proposed by Kilroy Realty Corp., will come up for a San Diego City Council vote on May 18. The 1.4-million-square-foot development would contain offices, apartments, condos and retail stores.

Opponents of the project say that it could cause major traffic congestion and would not fit in with the area’s style. Meanwhile, supports are expected to lobby for a vote at a later date. It could also potentially go up for a public vote.

Do you think a project like this would fit in well with the community?