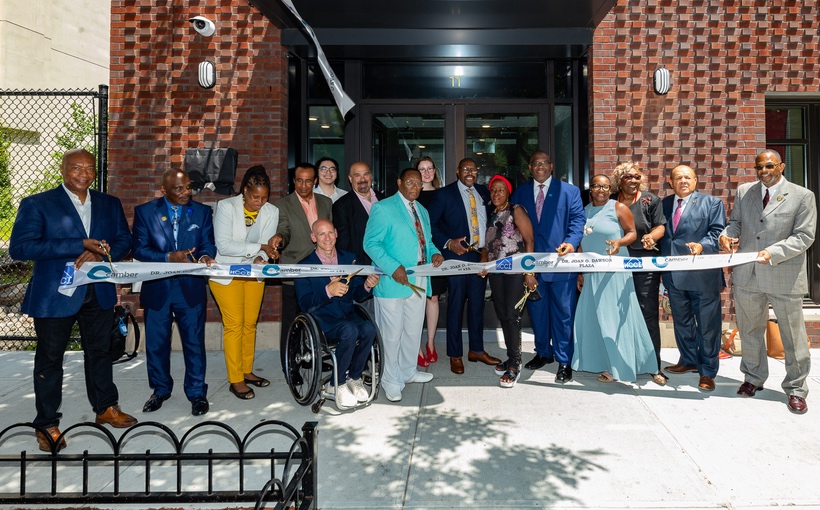 The nine-story building was developed by Camber in partnership with Harlem Congregations for Community Improvement, Inc., the New York City Department of Housing Preservation & Development and the New York City Housing Development Corporation. Residents began moving into the development in February, though an official ribbon cutting was delayed due to the pandemic.

At the ceremony, the development team made a surprise announcement that the building had been renamed in honor of Dr. Joan O. Dawson, the former longtime chair of the board of directors at Harlem Congregations for Community Improvement.