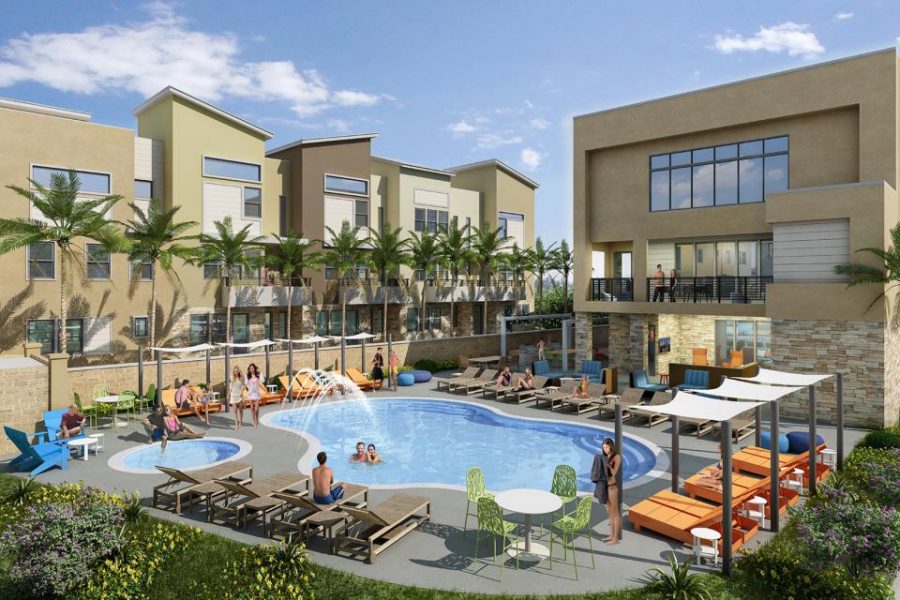 The student housing sector of commercial real estate has changed greatly over the last few years. Instead of the old dorm rooms that some of our readers might have been used to when they went to college, some of the new facilities being built seem boutique hotels.

Cal State in San Bernardino is no exception. The Glen At University Park is going up near the school. The Glen at University Park is part of a $70-million master-planned community that will also include a shopping center and 64 single-family homes. To open in September, the project is 35 percent leased and being developed by J.R. Watson & Associates and Capstone Development Partners.

The amenities at this facility include a pool, fully furnished units that run as large as 2,785 square feet, high-speed Internet, stainless steel appliances and a whole lot more.

Coreland Cos. was brought on to lease the commercial portion of the development, which will include stores, a patio and restaurant.