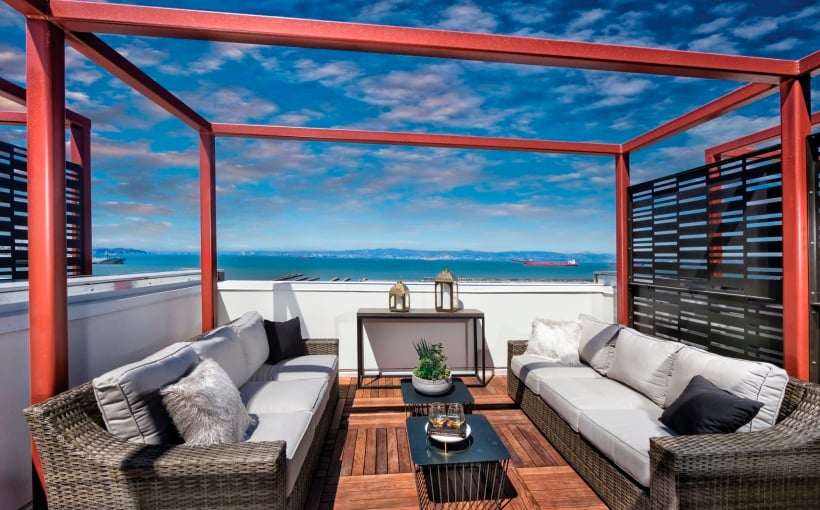 Buyers Looking Up to Townhomes

An increasing number of cities are considering dropping single-family zoning preferences to encourage more housing. In Northern California alone, San Francisco, Oakland and San Jose are looking into it while Berkeley already voted to end such zoning by the end of 2022.

The trend is likely to increase interest among homebuyers who are looking up, vertically speaking, for housing solutions, choosing two- and three-story townhouses that offer many of the benefits of single- family homes, says Troy Wilson, Corcoran/Team Rosebeck real estate agent.

Condominiums have been proliferating in San Francisco, Oakland and other cities for years but townhomes, typically attached to another townhome on one side but not above or below, are a bit harder to find. In Philadelphia and many Eastern cities, townhomes are called row houses while Brooklynites use the term brownstones.

“Many townhome buyers are attracted by the better pricing versus single family, and others like them for their lower maintenance obligations, the sense of community and connectedness of being closer to neighbors, and their walkable neighborhoods close to restaurants and shops,” said Wilson.

According to HousingWire, townhomes usually have lower maintenance expenses than single-family homes because those properties are typically smaller and the townhome’s community association may handle some of those tasks.

At Lennar’s SFShipyard community, townhomes called Palisades have attracted buyers who want their own houses but with fewer headaches and at a very competitive value.

“We have luxury townhomes for sale in a prime location at a price point not found for a new home anywhere else in San Francisco,” said Lennar’s Garrett Chan.