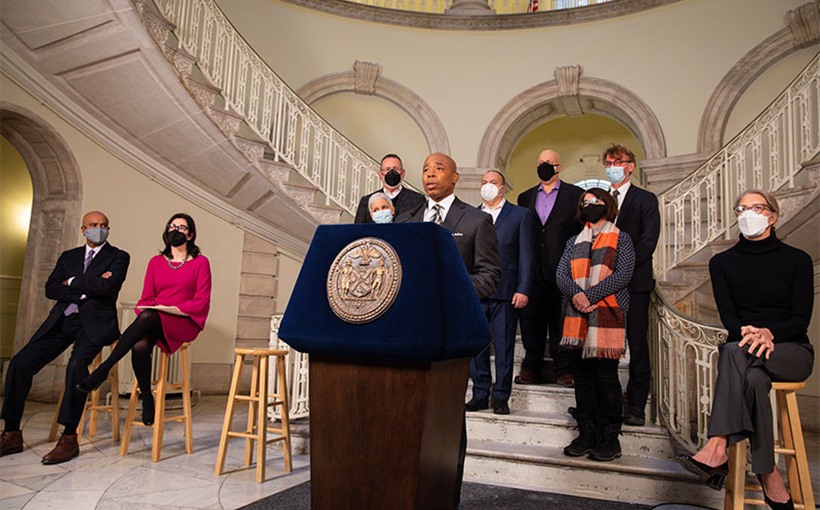 New York City Mayor Eric Adams announced that New York Embroidery Studio, NYES, will be the newest tenant at the Brooklyn Army Terminal, BAT, signing the largest new lease at the terminal in three years and filling one of the largest spaces at BAT.

The expansion will create more than 500 on-site jobs, yielding an estimated $73 million in economic output for New York City, the Mayor said. The full-service design manufacturer will take over nearly 80,000 square feet, BAT will manufacture personal protective equipment for frontline health-care workers across the country.

“One week after announcing my administration’s economic recovery plan, I am proud to show New Yorkers that we are getting to work and creating jobs in our city,” said Mayor Adams, adding that New York Embroidery Studio’s expansion at the Brooklyn Army Terminal will help revitalize the Sunset Park neighborhood.