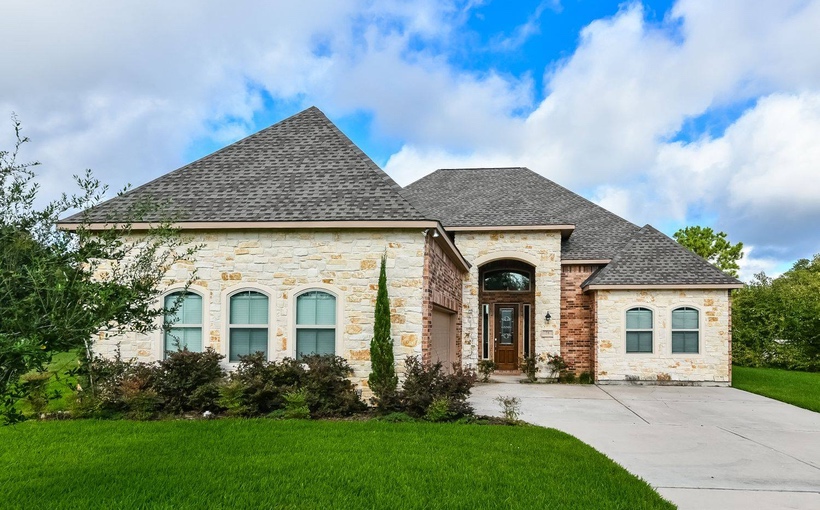 The U.S. single-family for-sale market may be at an inflection point given increases in mortgage rates that are likely resulting in supply ebbs, but the Single-Family Rental and Built-For-Rent (SFR and BTR) sector keeps going from strength to strength in both rent growth and investor demand. A pioneer in BTR and SFR investment sales, Berkadia recently issued a white paper, “A Closer Look at the U.S. Single-Family Rental Market,” looking at yields, rent growth and interest rate sensitivity, among other topics. “While BTR and SFR communities have enjoyed strong demand for many years, work-from-home trends spurred by the global pandemic, are contributing to a renter population finding single-family rentals more attractive than ever,” the white paper states.

Phoenix-based Mark Forrester, senior managing director for investment sales, and director Andrew Curtis sat down with Connect CRE recently to provide their take on the current market. The team has completed numerous BTR/SFR transactions in several Smile States of the U.S. and Phoenix, and like most Sun Belt markets, has registered strong upside deviation–i.e. rental growth rates above their historical averages—as studied in the white paper.

The white paper shows a strong correlation between the current interest rate environment and single-family rent growth. Historically, that correlation has sometimes been detrimental to rent growth. That’s certainly not the case today.

During the nine years that Forrester has been in the BTR/SFR space, rent growth has been impressive. It was “strong when inflation was very tame and continues to be strong, in large part because of the demand for this product, compared to the availability,” he told Connect.

“There’s a lot of this product under construction now, but this new inventory is needed, given the existing overall housing shortage. Whenever we sell one of these communities, the communities have leased up quickly with minimal, if any, concessions,” Forrester said. “We’ve normally seen rents increase during the lease-ups, and then after the initial leases are in place, they’re either renewed or replaced by the second or third wave of leases, resulting in significant further net effective rent growth. In short, BTR/SFR has been very well received, whether there’s been an inflationary spike or not.”

Demand is coming both from traditional apartment dwellers, former homeowners, individuals that are either not yet ready or aspiring to home owners, all wanting “the next best thing to a house,” said Forrester. “And that really plays into this market. One BTR developer we often represent, says this type of product is really the alternative to a starter home.”

Simultaneously, “rising interest rates are making it even more difficult for somebody to buy a house,” Forrester said. “So, I think even more people that would love to buy a house are now looking at this product as well.”

“And, of course, the foundation for all of this is the fact that Smile States, like Arizona and Phoenix in particular, are benefiting from the most robust employment and job growth going on anywhere in the country right now,” continued Forrester. “That means migration to the area is outpacing housing supply of either for-sale or for-rent product. As a result, we should see continued rent growth, even while we have rising inflation.”

The white paper makes the point that going back to the late 2000s and the Global Financial Crisis, the markets in the Sun Belt and especially the Southwest saw the fastest rates of recovery as far as single-family rent growth was concerned. “As expected, across all market types there exists a trend where strong SFR performance occurs alongside strong multifamily performance in the same market,” according to the white paper. That dynamic has if anything intensified, given the current state of home prices compared to a decade ago.

Additionally, he said, “some homeowners would like to live in a house, but simply wish to avoid responsibilities that ownership entails. A fundamental tenet behind BTR /SFR is providing that resident the advantages of owning what is very much like a house from a privacy standpoint, from having a pet standpoint, from having more space and a backyard standpoint, and yet they don’t have the obligations of a house. Property management takes care of all repairs and maintenance. Plus the residents do not have property taxes and a mortgage payment, meaning it’s a much more carefree style of living.”

“A CNBC article recently came out showing mortgage applications down to the lowest level in 22 years,” Curtis said. “More people are being priced out for every uptick in an interest rate, taking homebuyers out of the market, which in turn will continue to put pressure on these single-family communities as they have record occupancy and people wanting that next best thing. The rent growth is just going to continue to climb as there’s low supply interest rates pulling people out of the housing market overall.”

He continued, “We’re calling it the next best thing, but sometimes it’s a more preferred alternative, also because you’ve got the flexibility. You’re not buying a home with a 30-year mortgage; you’re moving into a rental with maybe a six- to 12-month lease. So, you have flexibility down the road to either renew your lease or buy a house. I think it’s a preferred style of single-family living sometimes for people, even if interest rates were not going up.”

As strong as the appeal of SFR is for renters, it’s equally compelling for investors, despite cap rate compression. “The cap rates and the overall yields, generally speaking, are not unlike what they would be for conventional apartments,” said Forrester. “And what we’ve seen lately is that sometimes the yield for single-family for-rent properties is even a little bit lower than conventional buildings, because there’s more and more demand for people coming into the space.”

Private capital was pretty much the sum total of the investor universe for the SFR product when Berkadia began arranging financing and sales in the sector. Today, though, “you’ve got more and more institutional players coming into the space, because they see it as a permanent part of multifamily going forward,” Forrester said.

Forrester and Curtis recently closed on the sale of a new-construction build-for-rent property, “and the buyer was the separate account for a major pension fund advisor.” said Forrester. “That type of client was not there a couple of years ago.” The presence of greater competition sometimes drives down yields a little more, he added.

The yield compression has been ongoing since the GFC, Curtis pointed out. “We had double-digit yields then. And as the home values continue to increase year-over-year, the yields have compressed even further downwards, largely due to the home price appreciation outpacing rent growth at the time.”

Accordingly, investors are emphasizing rent growth and a steady income stream from rental housing as opposed to yields. Forrester said, “People are buying not only because of the going-in cap rate, but because of the anticipated future increases in cash flow coming primarily from rent growth.” Also, the operating expenses on SFR units tend to be a little less than for a conventional apartment.

“You don’t have quite as much staffing,” said Forrester. “Your turnover ratio is lower. These people tend to be stickier. They stay longer. They just move to another apartment building. If somebody moves on one of these properties, they’re likely going to either buy a house or maybe move to a different part of the nation. So, your operating expenses tend to be 5% to 10% less and your revenue is a little bit higher.”

Current conditions in the capital markets may cast some uncertainty over SFR investor demand for the balance of 2022 and into early 2023. “We all know the capital markets are in turmoil. However, interest rates are increasing for BTR and SFR investors and multifamily investments in general,” said Forrester. “Overall multifamily sale prices, in my opinion, have probably plateaued for the time being. On a case-by-case basis, investments sales demand may begin to slip a little bit just because it’s more expensive to finance anything that you buy right now than it was in the past.”

Having said that, though, he added, “I’d like to think it’s proving out, at least so far, that the BTR/SFR segment of multifamily is likely to hold up as best as any part of the multifamily housing space, because of the significant rent growth going on in that sector and the increasing demand from a wider universe of investors to be in this space.”

“It’ll be an interesting second half of the year, as some investors have hit the pause button momentarily, since they don’t quite know what to do, said Forrester. “But, as we get clarity again, you’re going to see an ongoing trend toward investing in multifamily. Overall, I think it’s going to continue to be a favorite asset class. Secondly, I think single-family for-rent will do as well, or better, than other sectors of multifamily.”

Forrester concluded, “The difference compared with 2021 is that near-term investment demand will likely come from investors that are lower leveraged, whether it be institutional or very strong private capital as opposed to higher leveraged investment capital. So, these investors are likely less sensitive to ongoing increases & volatility in interest rates because they’re more focused on long-term appreciation and increases in cash flow coming from rent growth and ongoing operations.”

“My crystal ball is not that great, but I think in at least the near term, multifamily is still going to be a very good place to be,” he continued. “We may just have more variety in the participants owning in this space, compared to what we had over the past two or three years.”