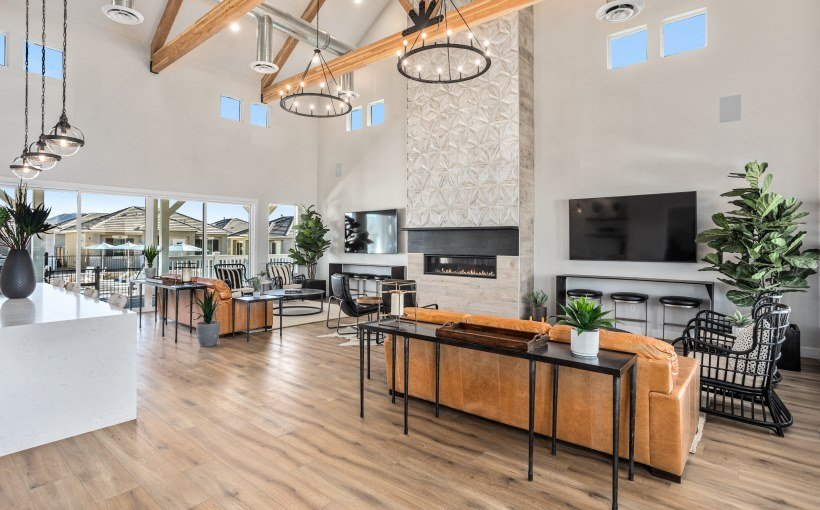 Berkadia Webinar Charts Viability of Single-Family Rentals: “There’s No Doubt That This is Permanent”

“This is still a new business that is getting more efficient.” That’s John Burns, founder of John Burns Real Estate Consulting, on one aspect of the single-family rental sector that’s gaining more momentum—its potential as a vehicle for investors who are able to bring professional management to the properties.

Burns, whose presentation was the main component of an hour-long webinar sponsored by Berkadia, held forth on subjects ranging from renter demographics to yields. The former are becoming increasingly well-defined—and Burns’ firm has put a great deal of research into defining single-family renters and their motivations—while the latter are falling.

Yields are trending downward, said Burns, because price appreciation on SFR units (averaging 11.8%) significantly outpaces annual rent growth (4.2% on average, although for new leases on newly built product it can be in the double-digit range). “That’s the challenge,” he told the webinar audience.

The concept of SFR is hardly a new one, but its appeal to a cross-section of investors is a more recent development. A handful of large institutions—including SFR REITs Invitation Homes and American Homes 4 Rent—defined the category of professionally managed rental housing at scale following the Great Recession. The sector looks attractive in the current downturn because “there’s a lot of cash out there, and a lot of it frankly is just sitting in people’s banks,” said Burns.

Asked whether the current interest in SFR was permanent or driven by the pandemic and therefore likely to fade in the near term, Burns said, “I think it’s a bit of both. There’s no doubt that this is permanent—the publicly traded REITs have proven this works. I think that a lot of other capital that has rotated in just doesn’t know where else to go.”

We may be seeing investors in SFR who don’t see opportunities currently given the circumstances in office or retail, and will move on as things change. “I’m most curious about what will happen when the yields get ridiculously low and this price appreciation continues,” said Burns.

Whether investors stay or move on, there’s little doubt that rental homes have long-term viability. Fully one-third of all renter households are in single-family homes rather than apartments, although Burns noted that the supply isn’t keeping up with demand.

John Burns Real Estate Consulting’s estimate of the SFR market is 15.2 million units, with much of that housing stock in the hands of mom-and-pop operators. “That’s 11% of every housing unit, it’s 12% of households and it’s a third of all renters,” Burns said. It’s also a renter cohort with a much lower turnover rate than that of traditional multifamily: about 25% annually compared to 70% in the apartment sector.

As build-to-rent developments gain more traction, even REITs who have amassed tens of thousands of units through acquisition are getting into the act. So too are home builders: Burns cited Taylor Morrison, DR Horton and LGI among those who have called BTR an increasingly important, ongoing aspect of their businesses.

One reason for home builders’ new focus on the sector is that SFR has been gaining market share for years. Burns noted that in every single age cohort, the numbers have been increasing. But they’re taking share away not from apartments but from homeownership.

“These are people that want a yard, a garage—all of those things,” said Burns. What they don’t want, or can’t afford, are the expense and responsibility of actually owning their residences.

“We’re at a 95% occupancy rate in single-family rental homes, which is the highest it’s been in 25 years, and that’s why rents are growing,” he said.

Berkadia’s in-house experts attested to both SFR’s arrival and its increasing segmentation. “This is a permanent part of our business now,” said Mark Forrester, senior managing director investment sales. “It’s not a temporary, COVID-related issue. It has become an integral part of multifamily, just like senior housing and student housing.”

That being said, Forrester pointed to evolution not only in the investor profile, but also in the makeup of the projects they build. In Phoenix, where Forrester is based, he and his team are working on a 20-acre development site that is a combination of apartments and SFR.

“I think you’ll see more and more of this, especially as land prices go up,” he said. “The traditional single-family rental developer may have to put some more density into the project in order to compete with people trying to buy that site.”

Emily Schultz, managing director and head of Fannie Mae originations at Berkadia, pointed out a dichotomy between scattered-site SFR and the more centralized BTR development when it comes to obtaining financing. “Debt options are very different,” depending on which product type you have in mind, she said.

On the scattered-site side, the GSEs actually had an SFR pilot program which they launched in 2015 and ramped up in 2017, “then FHFA shut it down.” Absent the large-scale participation of Fannie Mae and Freddie Mac, “you’ve got a handful of debt funds and CMBS shops that will quote” on scattered-site SFR, she said.

Moving into BTR, though, “your options really open up,” Schultz said. “Life companies and debt funds are quoting, and there really has been quite a bit of movement in the agency space.”

Asked where single-family rentals would be in five years, Schultz said that once debt providers can get their arms around whether the higher cap ex expenses are offset by sticky tenancy and lower turnover, and once there’s more available stock, “they’ll feel some comfort in NCF and valuations and I think those debt options will solidify.” Add 10 more years to that timeframe, she said, and “I’ll retire and live in one.”