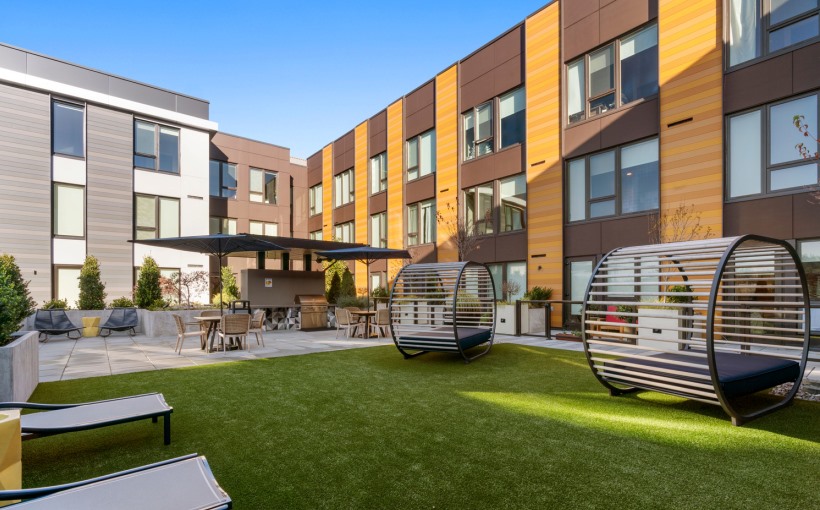 Bell Partners Inc. recently acquired Aura Totem Lake, a 202-unit apartment community in the Seattle suburb of Kirkland. The property, the first acquisition made on behalf of the recently announced Bell Core Fund I vehicle, will be renamed Bell Totem Lake and is the fourth property Bell Partners currently owns or manages in Washington.

The acquisition is a further expansion of the firm’s West Coast footprint. Including Bell Totem Lake, Bell Partners owns and/or manages more than 1,846 apartment units across 10 properties in West Coast markets including Seattle, the Bay Area and Los Angeles.

“The Greater Seattle area consistently ranks among the fastest-growing economies in the country. Kirkland in particular has become one of the most desirable places to live and work in recent years – a trend we expect to accelerate in the near future,” said Nickolay Bochilo, EVP of investments at Bell Partners. “Rapid expansion by major technology firms on the east side of Seattle has solidified the region’s reputation as a burgeoning tech hub. This strong labor market has attracted a skilled workforce and a large Millennial population. Bell Totem Lake is well-positioned to experience stable and growing demand from current and future residents.”

Billed as the “Innovation Triangle,” Bellevue, Redmond and Kirkland formed a coalition to promote economic development on the Eastside, which is home to 3,700 tech companies and 135,000 technology-related jobs. Situated just off I-405, the property provides residents with access to employment centers anchored by Amazon, Microsoft, Facebook and Google.