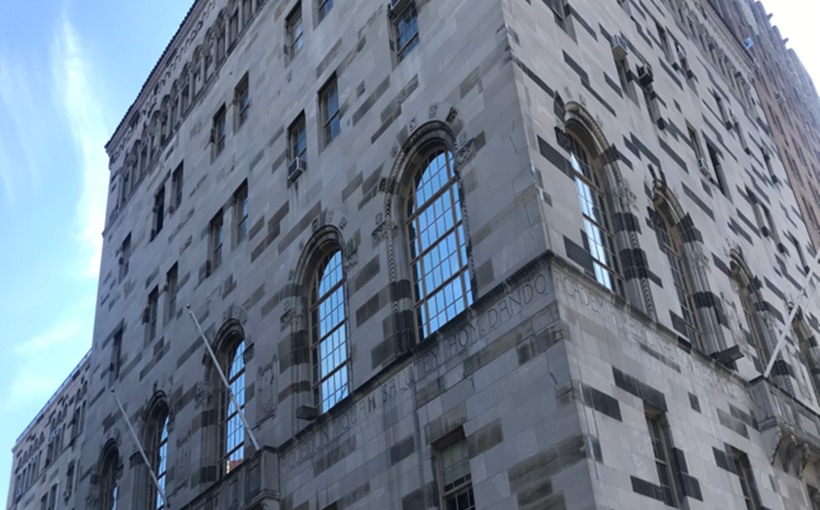 The exterior of the building is composed of limestone and sandstone and features large multipaned windows all along the façade. In addition to façade restoration, Bellet Construction provided lintel repairs and window caulking.

“It is an honor to work on a historic building that contains so much history and with such a committed team,” says Wayne Bellet, president of Bellet Construction. “One of our company’s passions is working for, and with, institutions whose missions provide measurable benefits to society.”