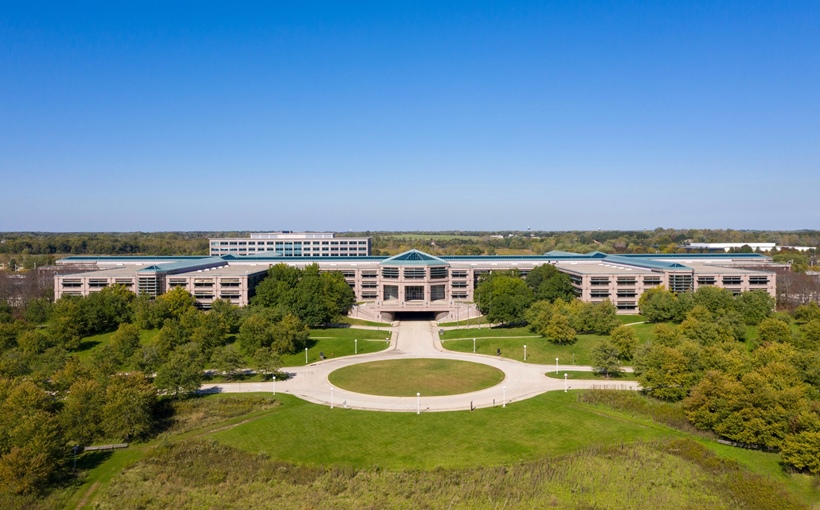 Bell Works Chicagoland will become home to HCC’s national headquarters in August 2022. The publicly-traded environmental products and services company will occupy one full quadrant on the building’s third floor, consisting of 32,000 square feet, plus an additional 7,000 square feet of space on an adjacent quadrant. Its offices will be designed by NELSON Worldwide.

“The continued interest we’re seeing for our thoughtfully designed spaces is a testament to the needs and priorities of today’s workforce,” said Ralph Zucker, president of Somerset Development, the developer behind Bell Works Chicagoland, described as the Chicago area’s first “metroburb.”

Founded with just 12 employees in 1999,  HCC will bring its team of 180 workers from its longtime home in Elgin, IL to the metroburb. The space will support the core functions of the company while “simultaneously encompassing HCC’s sustainability-driven mission and the natural surroundings of Bell Works Chicagoland, which includes reclaimed wetlands.”