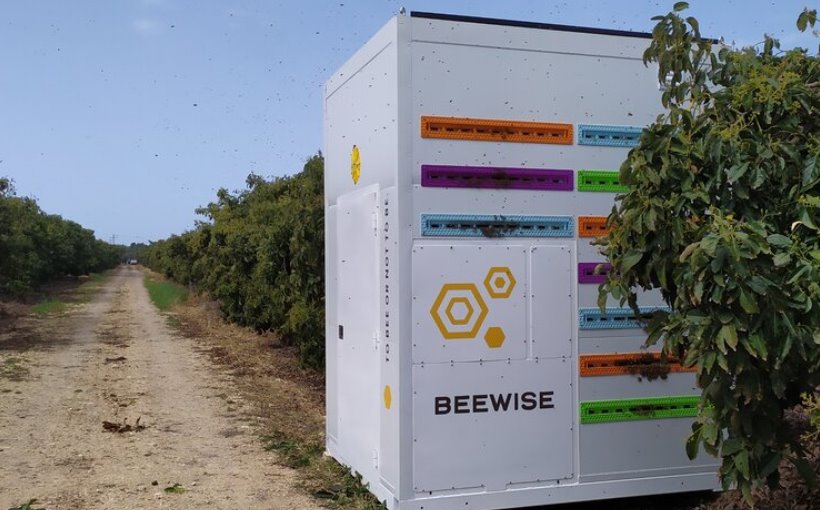 Beekeeping Robot Acts as Guardian to Save the Bee Population

More than 30 percent of honeybee colonies are disappearing each year, a rate that is not only economically devastating to farmers but represents a severe risk to global food production. California, which produces more than a third of America’s vegetables and two-thirds of its fruits and nuts, is at the epicenter of this crisis. But now the Golden State’s beekeepers have technology in their arsenal that can turn the tide.

Beehome, the world’s first smart home for bees, has landed in California. Produced by Beewise, the total redesign of the 150-year-old beehive features an autonomous beekeeping robot that acts as medic and guardian to complement the natural intelligence of bees, making it the first at-scale solution for saving the global bee population.

Beehome is a solar-powered beehive that uses artificial intelligence, machine learning and precision robotics to rescue very small tenants: up to 80 percent of bees that would have otherwise perished. Utilizing 24/7 monitoring and smart technology that significantly increases pollination capacity and honey production, Beehome automatically detects threats to a honeybee colony such as pesticides or parasites. The robotic system responds by addressing the threat in real-time. This round-the-clock surveillance and treatment requires no human intervention and works to not just protect the honeybee population, but help it thrive.

With Beehome, operational costs are slashed by as much as 90 percent and its results are immediate. As bees are protected, pollination is strengthened and honey production is increased, bolstering the entire ecosystem for long-term results.