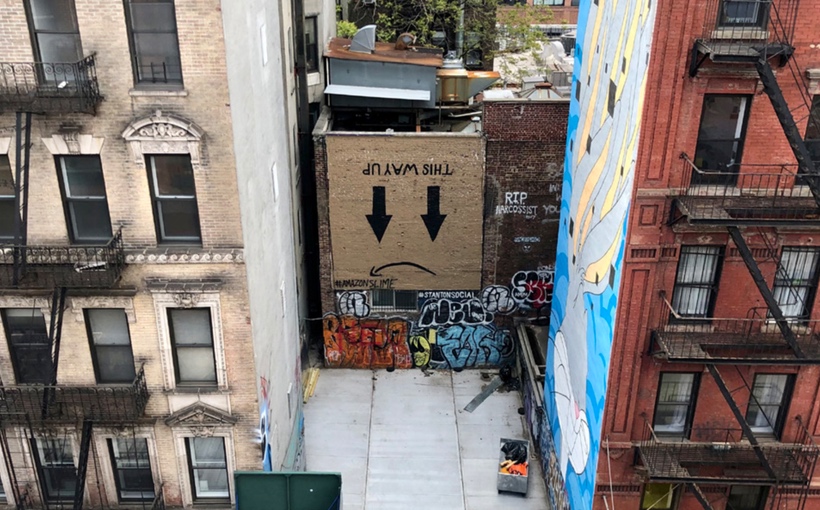 B6 Markets Former Banksy Site on Lower East Side

B6 Real Estate Advisors has been retained as the exclusive sales team for 159 Ludlow St. on Manhattan’s Lower East Side, with an asking price of $2.495 million. The firm says the property represents an opportunity to develop a boutique townhouse, two-family, mixed-use and/or commercial building in one of Manhattan’s most sought-after neighborhoods.

In 2013, Banksy used the site as part of his “residency on the streets of New York.” The piece he created condemned the United States’ role in the Iraq War, depicting men brandishing weapons and powerful horses wearing night vision goggles. More recently, the site became popular with pop-up art displays in the past few years.

A B6 team of Stephen Dadourian, Chris Brodhead, Nikola Cosic and Jonathan Buerger is marketing the property. The site offers 4,271 buildable square feet, and will be delivered vacant.