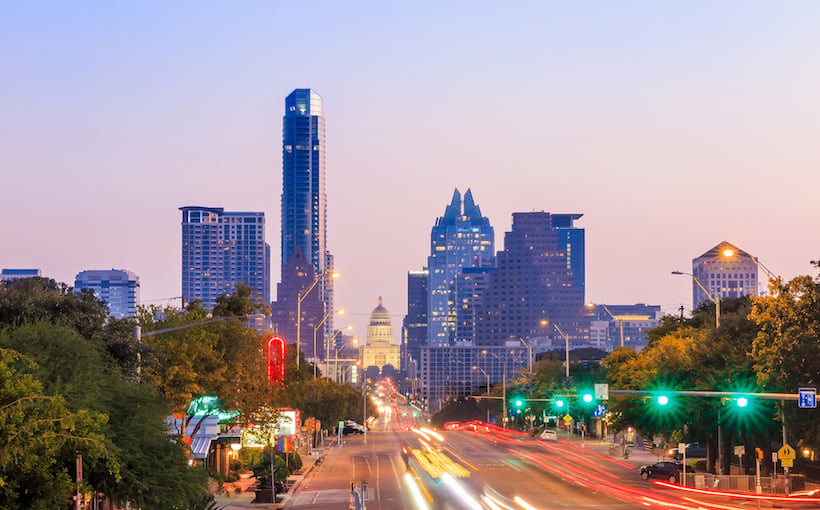 “We take all property types into account, since the deals on our platform cover private real estate opportunities in all multifamily and commercial real estate sectors,” said CrowdStreet CIO Ian Formigle. “But to make the top 20, a market must consistently rank highly across multiple real estate classes.”

Although multifamily rents increased an average of 11% year-over-year in 2021—the single highest increase ever recorded, according to CoStar—no single market possesses all 28 attributes CrowdStreet used to rank its top 2022 markets. However, CrowdStreet’s findings show the top-ranking places enjoy strong job and population growth.

This year’s top Best Place to Invest in Real Estate, Austin, finished second in 2021. It continues to have many advantages to recommend it, from its relative affordability and vibrant cultural offerings to its enviable status as a relocation city of choice for Silicon Valley businesses and employees. Austin continues to outperform much larger cities in the build-to-rent, retail, office and multifamily markets, finishing first, second, second and third, respectively, in those sectors.

This city of 950,000 has seen population growth of 21% over the past decade, driven by strong tech sector job growth. Major players such as Tesla, Oracle and Google have either moved or expanded there. The presence of the state capital and more than 25 universities along with its location in a tax-free state, also contribute to Austin’s strong long-term outlook.

Raleigh-Durham, CrowdStreet’s number one market last year, came in second for 2022. Its combined population of more than 750,000 in the 2020 census has grown by 23% since 2010, making it the nation’s second-fastest growing metropolitan statistical area after Austin. This contributes to its position as the nation’s top multifamily housing market, according to CrowdStreet.

The metro area has seen job and population growth continue to accelerate even amid the pandemic. It benefits from its proximity to three tier-1 research universities. As a result, more than 550 life sciences companies are based there, including Biogen and Bayer. Its burgeoning market reflects robust deal-making in the office, retail and life sciences markets.

In the number three position, Nashville continues to benefit from a tech sector influx. CrowdStreet ranks Nashville as the nation’s top real estate market for office space. Orlando jumped from 18th place to fourth for 2022, thanks largely to a 2021 surge in multifamily demand that spurred 23.1% annual rent growth and absorption that has outpaced supply.

Seattle rose nine spots to finish at number five. With Amazon slated to add 25,000 jobs over the next five years, “We expect to continue to see meaningful rent growth and higher property values here in 2022 across several sectors including multifamily, retail, and industrial,” Formigle said.