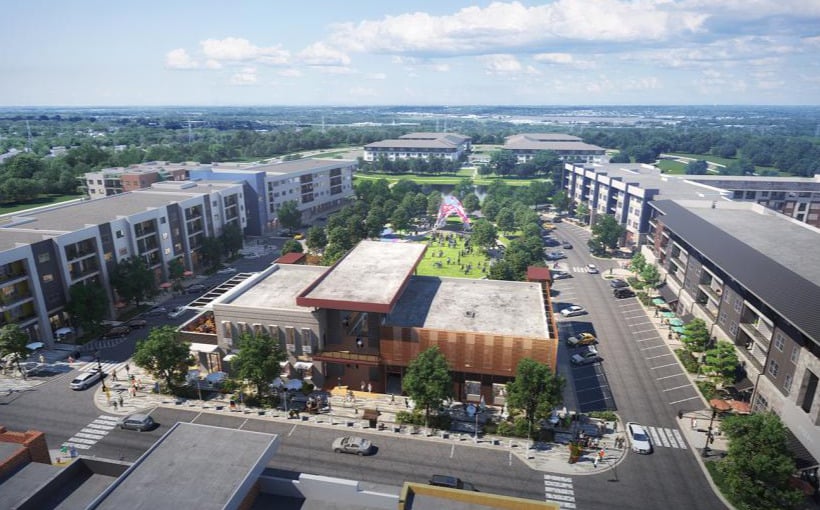 Developers of a planned community near Austin’s Samsung campus got the “thumbs up”, to up the size of their proposed commercial building project, a project that’s been in the planning stages since 1997.

Reger Holdings is developing EastVillage, a $1 billion, 425-acre master-planned community in Northeast Austin. Plans for the development include 2,000 apartments, 500 single-family homes, three hotels, and 1.5 million square feet of commercial space, including restaurants, retail, and offices. About 150 acres of parks and around 5 miles of trails are also planned. While the special zoning district for the project was approved 25 years ago, it took until last week to get the final go-ahead from the Austin City Council. That vote allowed Reger to go up to five stories. As part of the approval, developers will contribute $1 million to the city’s affordable housing fund and to new parkland in exchange.

The massive site, across the road from the Samsung Austin Semiconductor plant on East Parmer Lane, is part of the 1,550-acre Pioneer Crossing planned unit development.