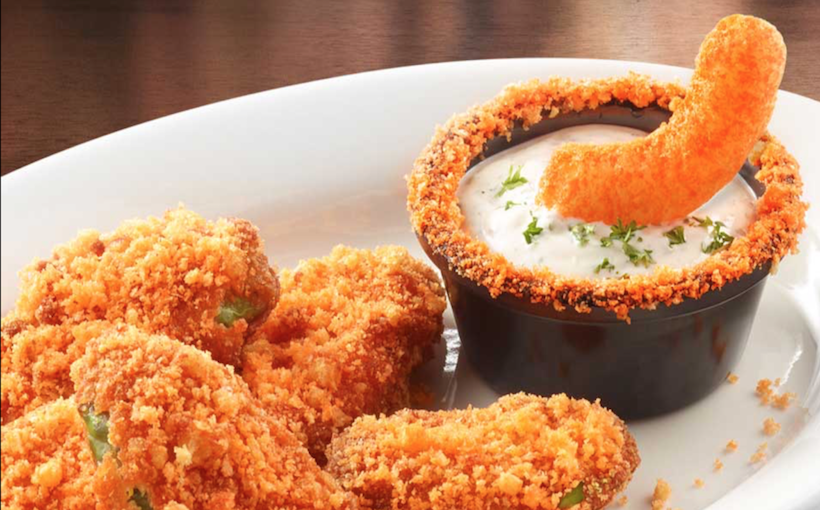 A three-day pop-up restaurant devoted to Cheetos, yes Cheetos, has opened in Manhattan, with every table already booked with diners ready to pay between $8 and $22 for such creations as Cheetos meatballs, Cheetos crusted fried pickles, Cheetos tacos, Mac n’ Cheetos and even Cheetos cheesecake.

Why, you ask? Makers of the popular puffed cornmeal snack say the pop-up was the deliciously shrewd result of whimsy and marketing, after executives noticed Cheetos fans posting their own recipes incorporating the crunchy treat on social media.

The result? The 300 reservations available for the eatery’s three nights sold out within six hours.

“I worked hard to incorporate Cheetos into every dish and not just say, ‘Oh here’s a dish with a sprinkle of Cheetos on top,'” said spiky-haired celebrity chef Anne Burrell, who was given the task of coming up with the menu for The Spotted Cheetah. “I really tried to think about the flavor of each Cheeto and what would pair really well with it.”

Visitors to the new Cheetos pop-up can look forward to such gourmet treats as Crumbled Cheetos as part of the breading on chicken Milanese and fried green tomatoes. A garnished Cheetos beverage accompanies a grilled cheese, tomato and bacon sandwich, that gets an extra crunch from Cheetos. Desserts feature the cinnamon sugar Cheetos variety known as Sweetos.

Melissa Abbott, a vice president of the Hartman Group, a consumer research firm, said the Cheetos restaurant is partly a reaction to the emphasis on health in today’s food culture. “All of the salad and juice bars and all that … At some point you have to balance the scales a little bit and have some fun.”