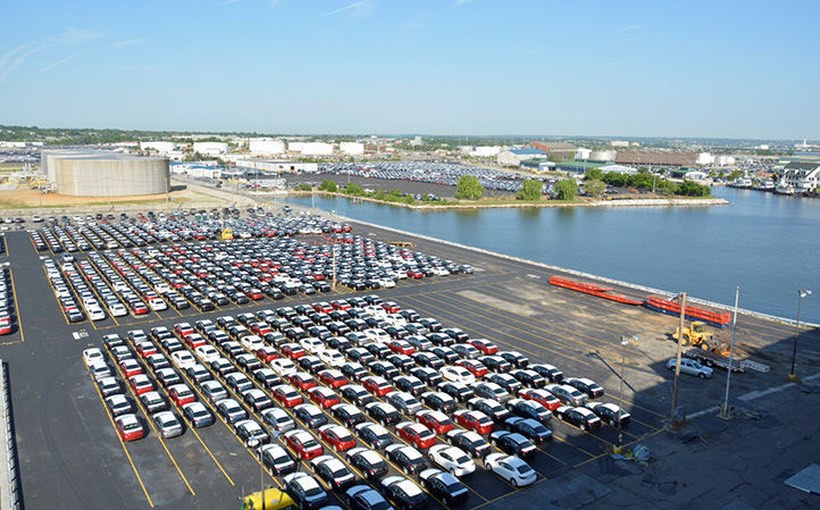 As Port Traffic Ramps Up, So Does Warehouse Development

Increasing amounts of containerized cargo are flowing through the country’s major maritime port complexes, in turn driving demand for warehouse space, Newmark’s Lisa DeNight notes in a new study. Annual twenty-foot equivalent unit (TEU) volume at top ports grew by an average of 18% over the past five years, with volume at ports such as Philadelphia, Houston and Savannah growing substantially faster over the same period.

“Despite ongoing disruptions due to COVID-19, many ports are recording all-time highs in trade volume this year as the global economy recovers,” reports DeNight, national industrial research director at Newmark.

However, when it comes to development, a rising tide is not lifting all boats to the same levels: “Congestion coupled with warehouse supply and land constraints in the mature and densely-populated port markets of Los Angeles/Long Beach and New York/New Jersey have shifted some port-centric warehouse occupier interest to other markets that can more easily accommodate growth.”

While the inventory of warehouse/distribution space grew by an average of 10% over the past five years in L.A./Long Beach and NY/NJ, it rose by 17% on average in the rest of the port markets that comprise the Newmark study. In the first quarter, warehouse development as a share of inventory was more than twice as high in less-mature, less-dense port markets than it was in L.A./Long Beach and NJ/NY, writes DeNight.

In this ranking, Savannah far outpaces other port markets with a pipeline representing 12.6% of current inventory. Conversely, L.A./Long Beach and NY/NJ rank in eight and ninth place, respectively, with only Oakland and Miami having less construction.

“To support occupiers that need to locate near maritime ports, redevelopment opportunities and land sites will be of increasing importance to investors, developers and operators, particularly those proximate to the most mature ports that process the majority of container volume in the United States,” writes DeNight.