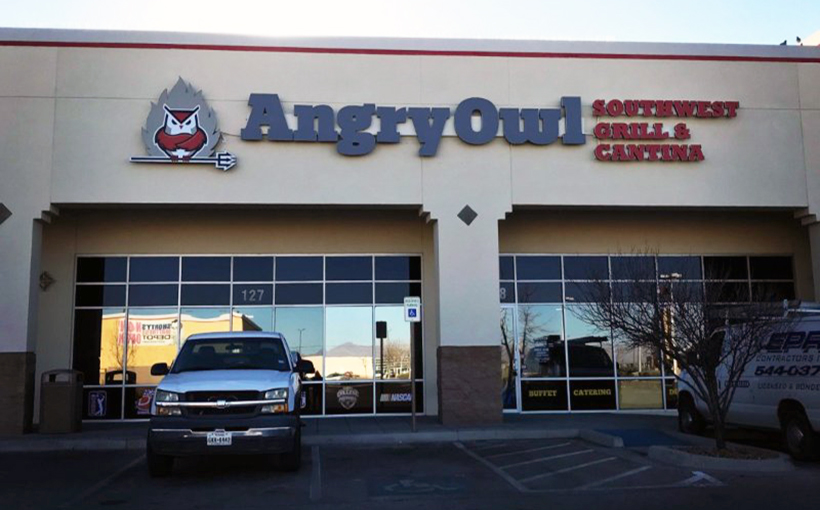 Angry Owl Southwest Grill & Cantina got its start in 2015 on El Paso’s west side. Three years later, the restaurant, which serves up southwest, Mexican-inspired dishes, has flown to the city’s east side. The company recently opened its doors at 1700 N. Zaragoza Rd. in the Zaraplex shopping center.

According to principal owner Chico Nelan, constant, positive feedback spurred the expanded restaurant, which employs approximately 125 people. “It was time to expand,” he told the El Paso Times, adding that the east side was a good choice.

KVIA-TV indicated that the new location’s menu is similar to that at the restaurant’s west-side location at 4799 N. Mesa St. However, the east side location has a full bar, which serves mixed drinks, has 16 beers on tap, and a signature lineup of margaritas.